Read all about it! Japan worries about 7-Eleven, its ubiquitous convenience stores that operate 24/7/365. Trump Organization trying to cash out its lease on the Old Post Office Building in Washington. Montreal's classic French bistro and Gander's magnificent mid-century airport lounge. Recycling hotel soap. Emirates' extra-profitable short-haul route. And much more.

The 24/7 Battle Over 7-Eleven Shops in Japan 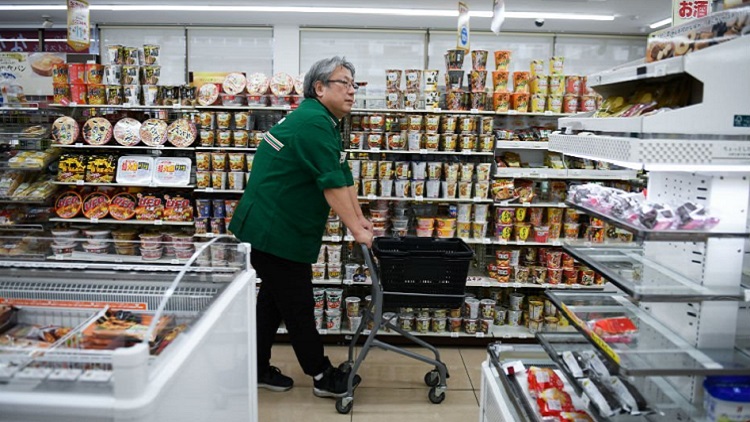 There's something about 7-Eleven in Japan that makes visitors gasp. "I went to Japan and became obsessed with 7-Eleven, wrote Travel & Leisure. The 20,000 7-Eleven "conbini"--Japanese for convenience stores--have "entire hot meals, an aisle of instant noodles, and steamed buns to die for," enthused another publication. Even the normally skeptical Mister Meatball sent me a series of complimentary notes about the 7-Eleven shops he recently visited in Tokyo and Kyoto. Like its smaller competitors, 7-Eleven shops in Japan are crucial to the nation's economy, cultural life and even its emergency preparations for natural disasters. They are also renowned for being open 24/7/365--and therein lies a genuine social problem for the Japanese. As the nation's population ages and contracts, the owners of 7-Elevens and other conbini can't find enough employees to keep stores operating around the clock. All hell broke loose late last year when one owner, Mitoshi Matsumoto (above), began to cut his shop's hours and even threatened to close on a holiday. His brash actions created national news and brought the wrath of the conglomerate that owns the Japanese 7-Eleven franchise system. When he shut his doors on New Year's Day, Japan's biggest holiday, 7-Eleven promptly tossed him out of the network. Matsumoto remains open, however, and continues a one-man fight against Japan's retail infrastructure. 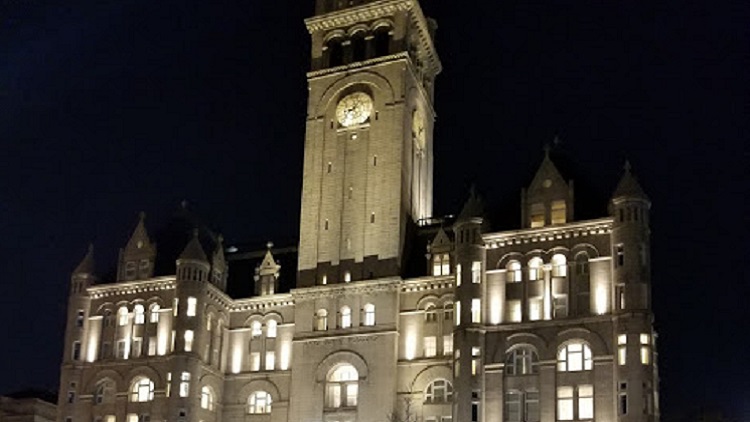 The Trump Organization has put the lease of its Washington hotel on the block. Opened weeks before Donald Trump was elected president in 2016, the property in the Old Post Office Building is central to charges that the President violates the Constitution's emoluments clause. President Trump denies it, of course, but the operation that bears his name doesn't shy away from the fact that the Trump International Hotel has the potential to "capitalize on government-related business." In fact, that's why Trump is asking $2 million per room, or around $500 million, for the lease. (Like most Trump-branded hotels, however, the Washington property is not faring well financially.) "There's never been a hotel that's sold even close to that price [in Washington] and the ones that have sold for the highest prices had no ground lease," claims investor and developer Brian Friedman. "You would never get $500 million" for Trump's Washington hotel. Of course, Friedman is sniffing around the lease, so maybe he's just negotiating price. The Trump Organization has set a January 23 deadline for bids.

BAIERSBRONN, GERMANY: Fire destroyed much of the dining wing of the Traube Tonbach Hotel in the Black Forest. It's home to the Michelin-starred Köhlerstube, and the Schwarzwaldstube, which has three Michelin stars.

CELEBRATION, FLORIDA: Disney built Celebration to showcase an idealized version of America. Then it sold the community to a shady investor and Celebration has become a dystopian version of modern America.

GANDER, NEWFOUNDLAND: This remote Canadian town was once a major transatlantic stopover because it has the closest North American airport to Europe. Now the airport's long-shuttered international lounge--christened in 1959 by Queen Elizabeth--will reopen as a nearly perfect example of modernist architecture.

ÎLE D'OLÉRON, FRANCE: It's taken five years of legal battles, but a McDonald's has opened on the tiny island just off La Rochelle in the Charente-Maritime.

MONTREAL: Nearly 40 years after it opened as a humble local eatery, L'Express now is the very model of a perfect French bistro.

PARIS: It looked glittery and gorgeous on New Year's Eve, but locals say the Champs-Élysées is overdue for its planned 250 million euro makeover.

SIEM REAP, CAMBODIA: Flagging tourism traffic has forced a luxury hotel in the gateway to Angkor to shut down for the duration.

A soapy hotel story Clean the World is a charity that distributes soap to the developing world. Here is how soap from Hilton hotels gets recycled for use by the organization.

Short haul makes long green Emirates operates some of the longest routes in the world from its Dubai hub. But thanks to a large cadre of weekly business commuters to Saudi Arabia, the two-hour Dubai-Riyadh route is one of its most profitable runs.

American dream, Chinese food Chinese-American restaurants like Eng's in Kingston, New York, are disappearing. The reason? Chinese immigrants worked hard to make sure their children got college educations, lived the American Dream and became professionals. That leaves no one to take over the family restaurant business.

American dream, Vietnam retirement Americans who went to war in Vietnam are now retiring there. The reason: inexpensive housing, good healthcare and a reasonable standard of living.