Read all about it! There's no Bedford Falls and it's hard to fly to Seneca Falls, New York, which claims to be the inspiration for the idyllic village in the Frank Capra holiday film. Meanwhile, after convincing you that Santa lives there, Finnish Lapland wants you to think that it is sexy and luxurious, too. And much more.

No, Virginia, You Can't Fly to Bedford Falls 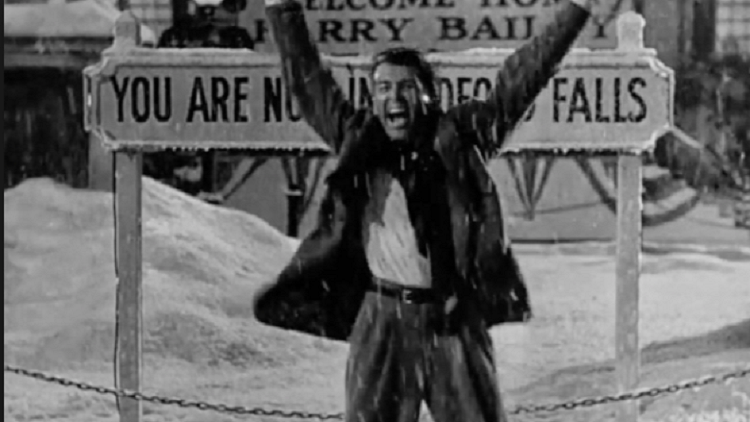 Had your annual holiday viewing of It's a Wonderful Life? The 1946 Frank Capra classic is shorthand for all we want to believe about America: The plucky, average man George Bailey (Jimmy Stewart) fights evil Mr. Potter (Lionel Barrymore) and is redeemed at Christmas by divine intervention and the devotion of his friends and family, each of whom owe their own happiness and success to George. While I have expressed doubt about George's desire to travel--Why does Potter think that business travel is inducement to sell out Bailey Brothers Building & Loan?--not even this warped, frustrated old frequent flyer is immune to the film's appeal. Capra was a genius and how could you not root for Donna Reed? She became America's mom in her hit sitcom a decade later.

But there's something else that tugs at our heart strings in the flick: Bedford Falls. We all want to live in a place like Bedford Falls. It's pretty. It's charming. Everyone loves everyone. Mr. Potter is apparently the only creepy guy in town. The gorgeous Gloria Grahame is the town floozy. The cab driver, Frank Faylen, goes on to become Dobie Gillis' father. And the airport seems to work fine, even in Christmas Eve snow.

The problem is that Bedford Falls doesn't exist. Never did. The entire film was shot on the 89-acre RKO Movie Ranch in Encino, California. In fact, the sets of Bedford Falls were created for Cimarron, the 1931 movie adaptation of the Edna Ferber novel. The site was bulldozed in 1954 to make room for a housing subdivision. They wisely chose to call the place Encino Village, not Pottersville.

In its own way, however, Seneca Falls is as difficult to reach as Bedford Falls. There are five commercial airports within a 100-mile radius--Ithaca, Syracuse, Rochester, Elmira/Corning and Buffalo--and all are woefully underserved. Because, as I say, business travel is not something that makes for a wonderful life.


How Lapland Convinced You Santa Lives There 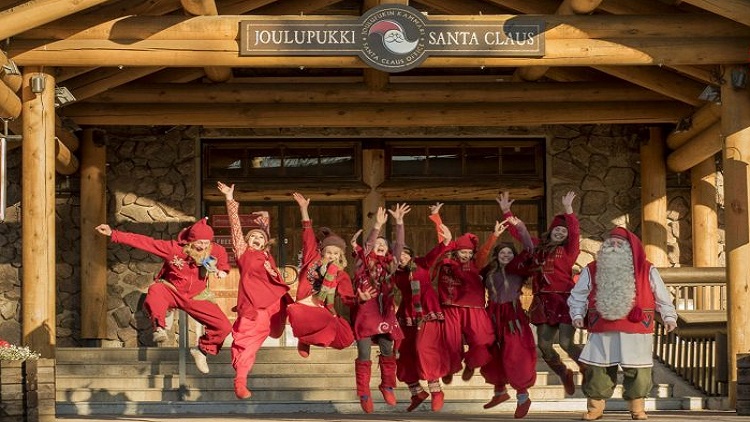 It's easier to get to Rovaniemi, capital of Finnish Lapland, than it is to travel to Seneca Falls. There is a reason for that: Lapland has done a remarkable job convincing the world that it is the home of Santa Claus.

The claim is utter hogwash, of course, marketing hype to pump up tourism. The contemporary version of Santa isn't even something that tracks with traditional Scandinavian ideas about Christmas. Still, Laplanders yearned for something to sell during the winter--when sunrise is around 10 a.m. and sunset at 2 p.m.

"Come Christmas there will be no daylight. No wonder our coach driver looks as if he is in a particularly depressing Ingmar Bergman film," says an Australian writer who brought his children to Rovaniemi for the holidays. Still, the mythmaking and the building of Santa Claus Village has convinced the post-war world that Santa and his reindeer are headquartered in Finnish Lapland.

Now that Lapland in general and Rovaniemi in specific are globally identified with Santa, the upselling of the entire myth is well underway. A piece in Forbes lavishes praise on the "Arctic luxury" of Lapland's ice hotels. And the British edition of Cosmopolitan magazine wants you to know that you can do more than see mommy kissing Santa Claus in Lapland. A writer claims her best sex ever was in a sauna there. "After spending a week in the extreme cold, the sweltering heat and close quarters made the experience even more intense," she pants. "This was one Christmas present I'd never forget."

Of course, I'm guessing she never got a genuine Red Ryder BB gun. But who knows what Donna Reed really wished for back in Bedford Falls?

It's red, not Christmas-y The av geeks all went gaga when the TWA Hotel opened in the historic Saarinen terminal at New York/Kennedy. But in the real world, the hotel has received poor reviews and is bleeding cash.

Is there a doctor aboard? A literal brain surgeon, a nurse, tampons and a bottle of Afrin are part of an in-flight procedure to save a passenger.

Everything old is new again in Sydney Sixty years after Sydney ripped up the last of its once-extensive tram network, a new light-rail system has opened on George Street.

Everything new isn't as good as old in Jersey What's more New Jersey than a diner? What's more diner than the famed Tick Tock Diner just across the river from Manhattan? But a top-to-bottom renovation and a new menu is not impressing critics.