Read all about it! The media goes nuts over a pig that roams the halls of San Francisco Airport. "Snowvembruary" weather in Chicago cancels hundreds of flights while an aircraft slides off a runway. Venice's worst flooding in decades leads to "apocalyptic devastation." Amtrak says you can't sue if it crashes. Politics and travel. And much more. 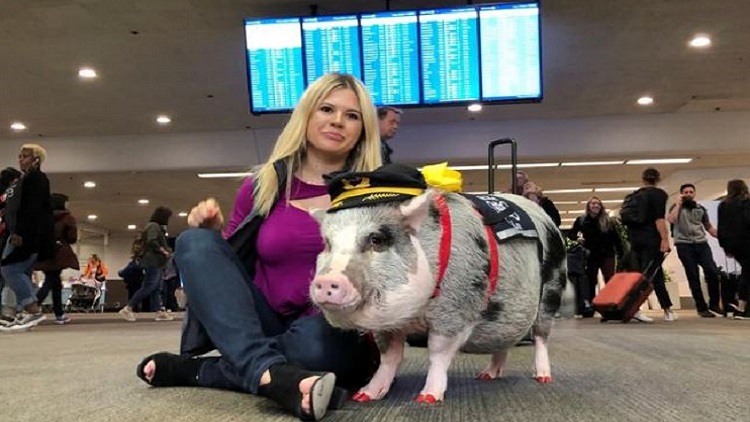 Old and busted: Snakes on a plane, the awful-movie-cum-social-media-meme. The new hotness: LiLou, a five-year-old Juliana pig that waddles all around San Francisco Airport to calm jittery flyers. Although LiLou is not "news" per se--she's been roaming around SFO for years as part of the airport's six-year-old Wag Brigade--the porcine pet was all over the media this week. I caught a report on LiLou on DW TV, the English-language German broadcaster. But CBS News filed a report on the animal, who sports bright red toenails, black vest, red harness and an imitation captain's cap. So did CGTN, China's global propaganda broadcaster. Reuters moved a piece about LiLou, who spends her off-airport time in a San Francisco apartment with her owner, Tatyana Danilova. The Washington Post couldn't resist the story, either. LiLou is "like an A-list celebrity walking through the airport," explained Jennifer Kazarian, SFO's guest services manager. "She attracts a lot of attention." And, of course, LiLou has her own Web site and an Instagram account. Why all the media attention this week? Who knows, other than to suggest that journalists often move in a pack, like the drove of pigs we sometimes are. 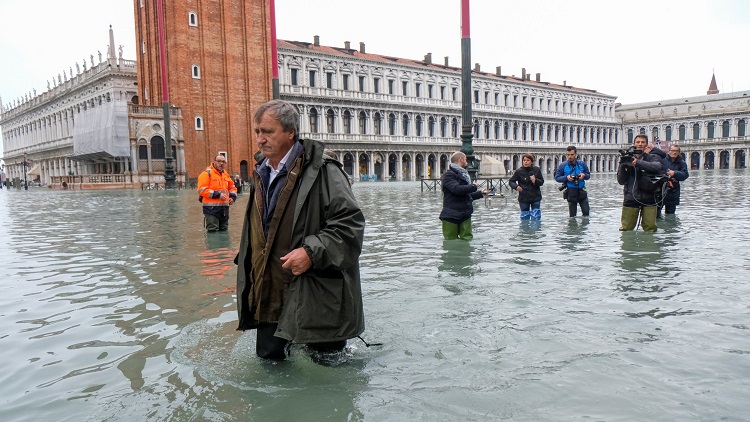 AUCKLAND: New Zealand's primary metropolitan area is growing so fast that the city could host nearly half of New Zealand’s population by 2048. The problem: traffic jams, an overwhelmed public transportation system and a rising cost of living.

CHICAGO: Record cold and early snow has led Chicagoland to dub this month "Snowvembruary." Not too surprisingly, it's been brutal at the airports, too. On Monday (November 11), more than 900 arrivals and departures were cancelled at O'Hare and Midway. Worst of all, however, an arriving American Eagle flight slid off a runway. And, of course, the incident was captured by a passenger video.

HONG KONG: Ongoing and increasingly violent democracy protests are playing havoc with the finances and operations of Cathay Pacific, the city's flag carrier. The airline has deferred new aircraft orders and will speed up the retirement of two older planes. It won't slash routes or lay off staff yet, but the numbers are dreadful: Traffic fell 35 percent in October after dropping nearly 40 percent in August and September.

NEW ORLEANS: The airport's new passenger terminal opened last week and--surprise!--there are still a few glitches in the system. There are the predicted traffic jams due to the lack of access roads and lots of lines: at the TSA security checkpoints, at taxi stands and at ride-sharing points. "The airport itself is beautiful," one flyer said. "But right now it's like a Mercedes with flat tires."

PARIS: The legendary Metro system is a victim of its own success. "The number of passengers the Metro and [commuter rail] carries each year [is] a staggering 1.8 billion." That is an increase of more than 200,000 daily passengers in the last five years.

SCANDINAVIA: The winemakers in Denmark, Sweden and Norway are betting that climate change will help transform Scandinavia into a wine-producing region. Which I guess is like making lemonade when life gives you lemons--except, you know, grapes.

SINGAPORE: Changi Airport is usually rated as the world's best, thanks to calm surroundings, copious perks and fine shopping and dining. But even one person can foul it up. A Singapore court sentenced a Changi baggage handler to 20 days in jail because he maliciously swapped the baggage tags on more than 250 pieces of checked luggage. The bizarre activity--which took place between November, 2016, and February, 2017--resulted in Singapore Airlines and its SilkAir subsidiary paying more than US$40,000 in compensation to more than 200 passengers.

VANCOUVER: Ever heard of Vancouverism design? Me, neither. But the buzzy city, the most expensive in Canada and a magnet for Chinese money, has developed a unique style of high-density building. Tech and luxury housing are driving the market now. "We're a society built from extracting resources," said one developer. "We're also a city with a lot of high-level background buildings."

VENICE: The worst flooding in 50 years has left Venice on its metaphoric knees (above). The acqua alta (high water) has flooded about 85 percent of the city. The governor of the Venato region called the floods "apocalyptic devastation."


Don't Order the Chicken or the Fish ... or the Movie 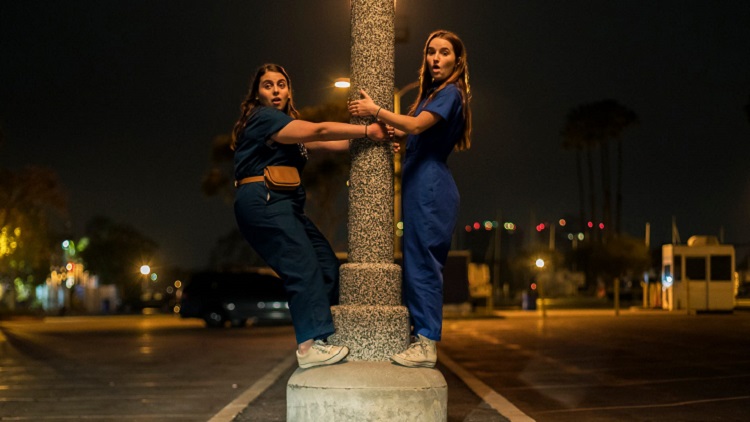 If you board a flight for gourmet meals or uncut motion pictures, you're doing it wrong. You probably already knew that, but the rest of the world seems to think that a crappy coach chair would somehow be bundled with fine dining and unedited flicks. Which explains the flap about Delta Air Lines' decision to trim parts of two movies, Booksmart (left) and Rocketman. After a barrage of criticism, however, Delta reversed its decision and restored some same-sex love scenes and words like "lesbian" to the films. Actress Olivia Wilde, the director of Booksmart, has been critical of Delta's trims. Meanwhile, don't be too comfortable with eating instead of screening in-flight. The Washington Post is the latest to visit a commercial kitchen that produces airline food. The visit to 132,000-square-foot Gate Gourmet facility at Washington/Dulles doesn't make you crave the chicken or the fish.

The politics of airports The respected Cook Political Report has a theory: Airports with more overseas flights are likely located in cities that vote Democratic. I don't know if that's true, but I do know airlines are adding international flights at more airports in communities that trend Republican. That aeronautic reality doesn't seem to be reflected in Cook's analysis, which I guess is no surprise because airlines continue to expand at a breakneck pace.

The politics of railroads Amtrak quietly slipped new restrictions into the contract of carriage that prohibit passengers from suing in the event of a crash. New rules require arbitration for virtually any complaint as well as fatal crashes. The clause is "unusually broad," says one trial lawyer.

The politics of (Trump) hotels Republican-aligned groups continue to increase spending at hotels branded with the Trump name. The profitability of Trump-branded properties continues to dip as other people book away, however.

The politics of burritos The Chipotle fast-casual food chain has doubled digital sales since it integrated a loyalty program with its app.