Read all about it! Airlines who give out glass houses ... fill them with gin. The latest food topics from the road. Britain's signature new rail initiatives--the Caledonian Sleeper and Crossrail--have gone off the rails. Flying the homeless to Hawaii--or not. Photography bans and Google Maps fails. And much more, especially and inexplicably about St. Louis.

Airlines Who Give Out Glass Houses ... 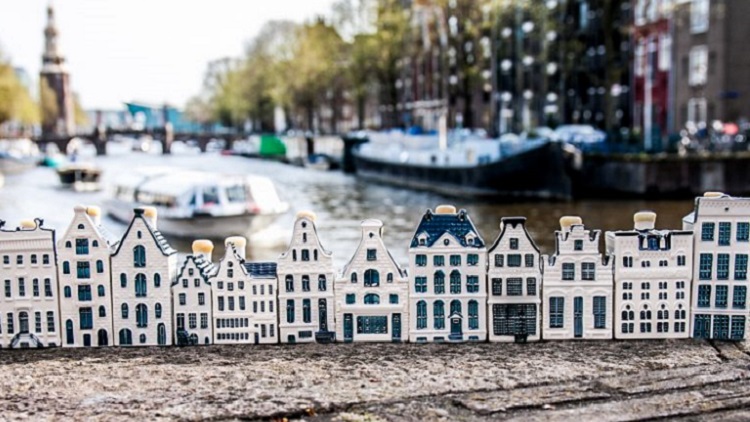 As anyone who has ever flown KLM in international business class knows, the Dutch carrier often gifts passengers with miniature Delft houses. The little glass abodes have another notable attraction: They are filled with Dutch gin. As CNBC reports, the carrier is celebrating its 100th birthday this year and has devoted part of the festivities to the 100th iteration of the little blue liquor carriers. They are quite the collector's items, too. However, it's never a gin-and-skittles frequent flyer world. As South Africa-based Joe Sent Me member Linda Hightower recently told me via Twitter: "After 9/11, I remember ... having to empty the gin out of the house before boarding a U.S.-bound flight."

Speaking of travel and booze, just weeks after The New York Times wrote about Germany's Whiskey Trail, The Washington Post tops it off with a story about following a trail of schnapps through the Black Forest. The story claims there are 14,000 licensed distillers of the fruit brandy in the region.

Dim Sum and Sushi and Bill Murray, Oh My!

After all that booze, perhaps you'd like a little nosh to keep your stomach and psyche in balance? Fair enough. Follow me around the world:

ATLANTA: Hartfield-Jackson Airport's notoriously corrupt practices have forced the airport to rebid its dining contracts. Worst practices aside, however, comedian Bill Murray once applied to work at the P.F. Chang's in ATL "because I think that's one of the great places." One never knows if Murray, whose entire life is performance art, is serious. But the Chang's chain wasted no time accepting his application via Twitter.

HONG KONG: Tourism has plummeted since democracy demonstrations broke out, but Hong Kong is going to the world via its famed restaurateurs. Several Hong Kong firms are expanding rapidly, led by dim sum master Tim Wo Han and sit-down dining experts such as the Aqua Group and Maximal Concepts.

LONDON: British Airways paid an unhappy customer 15,000 pounds after she became ill on the cuisine served at a resort in the Dominican Republic. Why was BA on the hook for a lousy hotel? It was booked through British Airways Holidays, the airline's vacation arm. A judge had no problem holding BA responsible.

NEW HAVEN: The Graduate Hotel has installed a pair of old-style wooden phone booths in its lobby. The so-called Pizza Payphones are dedicated to calling two of the city's famous pizza purveyors, Frank Pepe's and Modern Apizza.

SINGAPORE: The city's much-loved food hawkers are bidding for UNESCO designation as an irreplaceable representation of cultural heritage.

WASHINGTON: For all the woes of the Trump hotels, no one argues about the quality of Sushi Nakazawa in the Trump International in Washington. It has now been awarded a Michelin star in the guide's latest listing.


Britain Is Literally Running Off the Rails 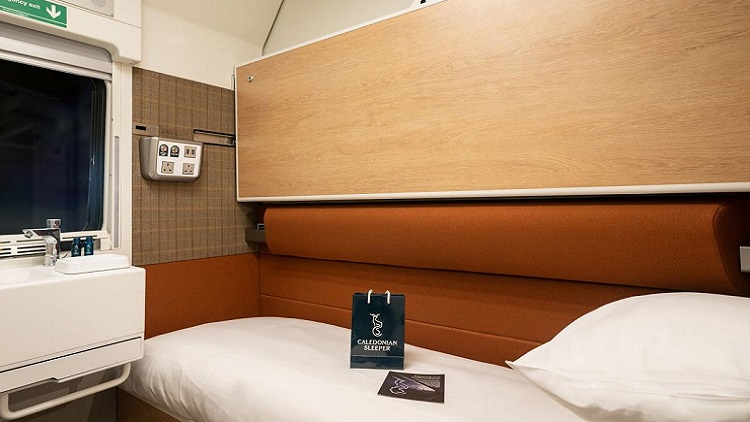 Great Britain is headed for an unusual December election that might decide the future of Brexit, the process where half the United Kingdom (England and Wales) wants to take the nation out of the European Union over the objection of the other half (Northern Ireland and Scotland). Meanwhile, back in the real world, Britain's railroad infrastructure seems to be collapsing right in front of the eyes of anyone who's looking. Take the iconic Caledonian Sleeper between Scotland and London. As we discussed in the spring, the new trainsets got off to a disastrous start with hours-long delays and breakdowns. Months later, however, the 150-million-pound sleepers (above) have turned into chronic losers. There are constant complaints about bad construction, indifferent sanitation and housekeeping and, oh, yeah, breakdowns and hours-long delays. "The new luxury sleeper service has been nothing but a nightmare," complains a politician with the wonderfully appropriate name Mike Rumbles.

Meanwhile, London's humongous Crossrail project continues to go off the rails. It was last year that we explained the 73-mile, $20-billion project was in woeful shape. In April, we discussed how it was wildly over budget and delayed perhaps another two years. Turns out those were the good old days for the so-called Elizabeth Line. Workers mysteriously have died in their sleep. And the first parts of the project now don't even have a firm opening date. The good news? Since parts of the Elizabeth line eventually may compete with the Heathrow Express, the extremely costly link between the airport and London's Paddington Station, prices are being selectively cut for savvy travelers.

More than 20 years ago I wrote a holiday column about how business flyers can live our lives denying the lives of quiet desperation we see all around us. My set piece: A Hawaii-based business traveler who claimed there were no homeless people in Honolulu. Her theory: The homeless we saw in and around the islands had all been flown in from the mainland. Well, um, maybe not. With all the typical bombast of a Murdoch publication, the New York Post reports that city fathers have been secretly flying the city's homeless to other destinations. The Post claims homeless families had been surreptitiously relocated to places as close as Newark across the Hudson River and as far away as ... you guessed it ... Hawaii. On closer inspection, however, the paper's accusations don't quite hold up. Local news outlets in Hawaii say only one New York family was sent to the islands since 2017. Moreover, they report, it wasn't done secretly. And the Hawaii news sources were at pains to point out that Honolulu has a similar plan to send Hawaii homeless to places where they might have family and other support systems.

In-app-propriate A Sardinian town has "banned" the use of Google Maps because the app strands cars on impassable local paths and misdirects hikers.

Look, but don't photograph The extremely photogenic streets and lanes in the Gion district of Kyoto are now off-limits to photography. Due to a glut of tourists shooting and generally harassing local residents, there now a 10,000-yen (about US$100) fine for unauthorized photography in private places.

Tales of the tunnel It's been 25 years since the Eurostar train first passed through the "Chunnel" under the English Channel and linked France and England. Besides a secret sex club, regular travelers say life on the Eurostar is always intriguing.

Meet me in St. Louis Hey, what headline would you put on a story about taking a holiday in St. Louis, not usually on most travelers' bucket list? And why does The Times keep writing about St. Louis as a tourist destination over and over again?