Read all about it! Controversy engulfs Trump-branded hotels around the world. It almost always comes down to money and how government funds flow into the private coffers of Trump's properties. Meanwhile, Kyoto begs travelers for manners, Qatar's building spree is killing migrant workers and Wow Air's demise has iced Iceland's tourism.

All the President's Hotels

As the impeachment drama swirls in Washington, it's worth remembering what I explained more than three years ago: Donald Trump came to the world via travel. His first venture, building the Grand Hyatt New York in the shell of the Commodore Hotel atop Grand Central Terminal, presaged a spotty history in lodging.

Trump hotel history has come full circle with news that the House Oversight Committee is exploring strange reservations activity at Trump International Hotels. If records are accurate, foreign entities are booking and paying for huge blocks of rooms at Trump hotels and never occupying them--or filling just a fraction of the lodgings for which they paid. The question: Is the activity tantamount to a violation of the Constitution's emoluments clause?

The battle over Trump hotels isn't a generic, chain-wide issue, however. There are all manner of specific issues with individual properties, too. Here's some of the reporting on all the President's hotels. 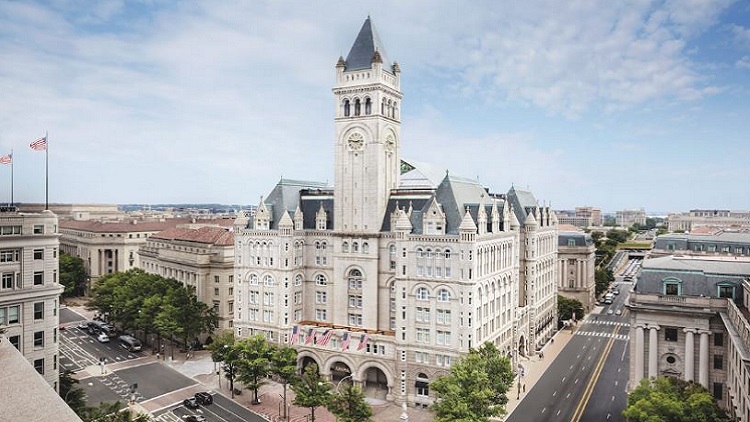 One of candidate Donald Trump's last projects--conversion of Washington's Old Post Office into a Trump hotel--has been mired in controversy since Day One. Reason? It's easy for groups, nations or individuals hoping to curry favor with the Trump Administration to install themselves in Trump's pricey Washington hotel and pour big bucks into the Trump Organization coffers. The Inspector General of the General Services Administration says the agency "improperly ignored the Constitution's emoluments provision ... when it approved President Trump's management of [the] hotel after his 2016 election." A federal appeals court has also "resurrected the first lawsuit Trump faced over claims that his business dealings violated" the emoluments clause. The case may eventually reach the Supreme Court. Meanwhile, Attorney General William Barr's decision to book a $30,000 holiday party at the hotel also raised eyebrows. The Justice Department says Barr booked the Trump hotel only after learning that other Washington properties were unavailable.

TRUMP INTERNATIONAL DOONBEG, IRELAND
When Vice President Mike Pence attended government meetings in Dublin last month, he and his party stayed at Trump's Doonbeg golf resort. That meant Pence's entourage took a 40-mile limousine procession to Shannon Airport, then a 120-mile flight to Dublin Airport and then another limo gaggle to meetings with the Irish Prime Minister. And then, of course, reverse the process at the end of the day. The Vice President's team initially claimed Trump all but ordered Pence to stay at Doonbeg. Pence's advisors later changed the story and claimed that the Vice President wanted accommodations near his ancestral hometown. Pence himself later claimed Doonbeg was chosen because it could "accommodate the unique footprint that comes with our security detail." But Politico.com reported the Secret Service doesn't appreciate claims that Trump resorts are easy to secure. Three weeks later, local newspapers reported that the Irish government paid more than 100,000 euros to Doonbeg to feed and house the security detail around the property during Pence's visit.

TRUMP INTERNATIONAL TURNBERRY, SCOTLAND
Just days after the Doonbeg affair erupted, Politico.com revealed the odd events surrounding Trump's money-losing golf course and hotel in Scotland. It started with the disclosure that U.S. military aircraft were diverting to Prestwick Airport and its crews were laying over at Turnberry. Within days, Politico found that House oversight committees had records of dozens of Turnberry layovers at a cost of more than $200,000 to taxpayers. Also at issue: high-priced fuel purchases at money-losing Prestwick Airport near Glasgow. As The Guardian reported, Trump has sunk millions into Turnberry and the property is tied to the fortunes of Prestwick. The airport "has been viewed as integral to the golf course's financial success, yet it too has lost millions of dollars every year since its purchase by the Scottish government in 2013."

TRUMP INTERNATIONAL ABERDEENSHIRE, SCOTLAND
The Trump MacLeod House & Lodge in Aberdeenshire has lost money for seven consecutive years, according to financial records published in The Scotsman newspaper. The cumulative losses are more than 9 million pounds since the property opened. Quoting Trump financial records, the paper says the golf resort has survived thanks to interest-free loans from Trump worth more than 40 million pounds. Also at issue is Trump's promise that Abderdeenshire would create 6,000 jobs. The current head count: 77 employees. Meanwhile, the Scottish government says the Aberdeen resort is ducking a legal bill that The Guardian estimates is worth tens of thousands of pounds. The fees cover Trump's unsuccessful, years-long battle to stop an 11-turbine windfarm built in nearby Aberdeen Bay. The Scottish Supreme Court ruled against Trump in 2015. "We are awaiting a date for the auditor of the court to determine the account," a government spokeswoman told the paper. "We expect payment." 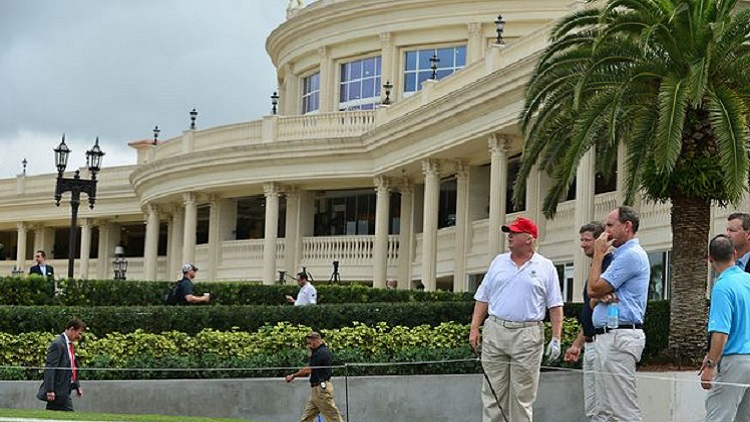 All these global developments played against a homegrown controversy that began when President Trump said he'll try to host next year's Group of Seven summit at Doral, his Florida golf resort. Trump claimed staffers independently selected Doral because "It's like, such a natural." It's also undoubtedly true that Doral is in "sharp decline" and income plunged 69 percent during the last two years for which records are available. Why might Trump direct custom to one of his struggling resorts? Money, of course. "Taxpayer dollars flow directly into his own pockets," according to a watchdog group. And once money goes into Doral, the Miami Herald explains, it apparently does not come out. Some members of its golf club have resigned and tried to reclaim their deposits, but those "who left after the 2016 election will be waiting around 85 years to get their money back."

TRUMP INTERNATIONAL NEW YORK
The former Gulf + Western building that towers over New York's Central Park was converted by Trump 25 years ago into his flagship condo and hotel operation. In many ways, it is the model of all the other hotel/condo buildings he opened (and sometimes abandoned or been ousted from) around the world. But New York is no fan of Trump. He was outpolled 579,013 to 64,929 by Hillary Clinton in Manhattan in 2016 and lost his birth borough of Queens by a similar margin and the Trump brand is a negative in the Big Apple. As a result, plans are underway to virtually eliminate the Trump name from signage at the building.

Manners matter in Kyoto The ever-polite Japanese want visitors to Kyoto to be more polite.

Too hot to handle in Qatar Qatar has built its desertscape into a modern major country at a torrid rate. The latest growth spurt is driven by the upcoming soccer World Cup in 2022. But the Qatari government, its developers and local contractors seem to have little respect for the migrant workers who do the actual building. Searing heat causes hundreds of deaths each year as workers labor in brutal conditions.

Iceland loses a wow factor The demise of Wow Air earlier this year has had a profound effect on tourism to Iceland. "A pronounced drop in tourists threatens to push the country into recession," says The New York Times.