Read all about it! How I spent my summer vacation on Italy's ignored Ligurian Coast. Beijing opens its gargantuan new airport, but Dubai's mega-facility is on hold. Weed, booze and coffee don't always mix with flying. When airport drug busts go wrong. A group of investors buys an abandoned Spanish village. And more.

How I Spent My Summer Vacation 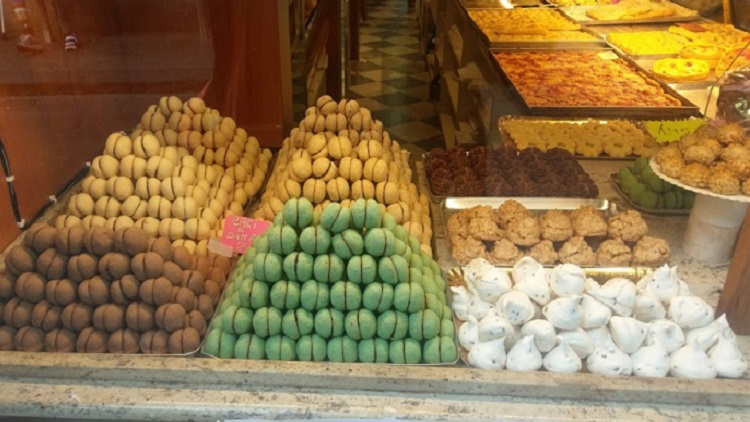 Submitted for your approval: A Stop at Willoughby, the seminal Twilight Zone episode about a stressed-out executive who imagines a bucolic stop along a commuter train line. I was thinking about Willoughby as I stepped off the train at Chiavari, a mostly ignored city of around 28,000 people on Italy's Ligurian Coast. Just a few minutes from Portofino and Rapallo, playgrounds of the rich and famous, Chiavari gets few visitors and has no chain hotels. But the city is spotlessly clean and free of graffiti, there are nice beaches and a commodious harbor, palm trees and lovely gardens and a pedestrian-only central core teeming with bakeries, pastry shops, restaurants, coffee bars, butchers and greengrocers. There's also a daily farmer's market and all the day-to-day services you need. In other words, an Italian Willoughby, but real. Best of all, Chiavari is a pokey local train ride across the Portofino peninsula from Golfo Paradiso, the name Italians have given to a little-known stretch of Italian Rivera. As The New York Times coincidentally reported just days before I arrived in Chiavari, "Portofino is for the Americans. [Golfo Paradiso] is for Italians." Only days after The Times report, Britain's Telegraph touted Framura, another ignored seaside Ligurian town fewer than 20 miles south of Chiavari. Trust us, folks, ignore the Cinque Terra and Liguria's other famous places. Find its Willoughby-like cities on your next holiday. 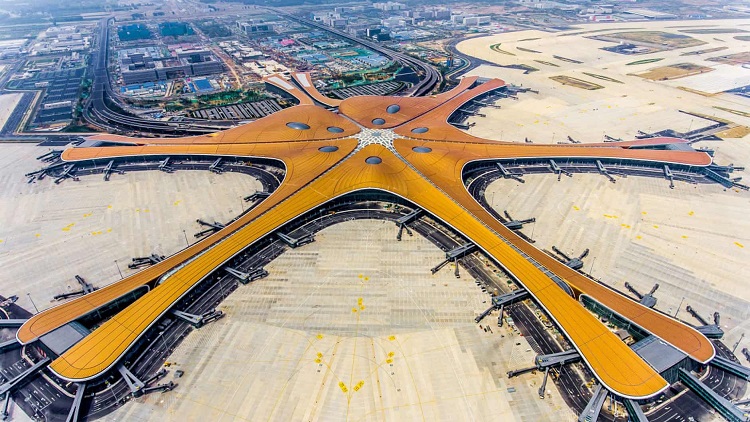 China celebrates its national day on October 1 and one of its bits of self-aggrandizement is a gargantuan new airport for the capital city of Beijing. The five-concourse, starfish-shaped facility is designed to handle 72 million passengers by 2025. Current plans call for a total of eight runways and 100 million flyers by 2040. Called Daxing International, the airport cost around US$11 billion to build and the terminal boasts 7.5 million square feet of space. Meanwhile, Architectural Digest seems obsessed with the terminal ceilings, which the publication claims will maximize natural lighting on the concourses.

Dubai has put the financial brakes on its mega-airport project. Al-Maktoum, designed to handle 250 million flyers, was originally budgeted at US$36 billion and had been rescheduled to open in 2030. A slowing economy now has the emirate rethinking its commitment.

Atlanta/Hartsfield says it is losing income now that more flyers are using Uber and Lyft rather than taxis or their own vehicles. Uber and Lyft registered about 747,000 pickups in the second quarter compared to just 139,000 taxi pickups. That represents a 20 percent decline for taxis and 38 percent growth by Uber and Lyft.

Newark has a secret Art Deco terminal that has been moved and converted to bureaucratic use. Today it is the home of the airport police department, but the terminal was once used by Wiley Post, Amelia Earhart and Charles Lindbergh.

Havana Airport is at the center of an obscure 1996 law that allows Americans to sue companies doing business with Cuba. Specifically, it allows lawsuits if firms profit off land expropriated after the 1959 Castro revolution. Jose Ramon López Regueiro says his father once owned Havana Airport, so he is suing American Airlines and LATAM for their flights there.


Plane Stuff: Weed and Booze and Coffee, Oh My!

Think your last flight was bad? It could have been worse. Consider these: An American Airlines flight was diverted after a weed-smoking passenger caused a commotion. ... A Delta Air Lines flight plunged more than 30,000 feet before diverting to an alternate airport. ... A Condor Airlines flight from Frankfurt to Cancun diverted to Ireland when spilled coffee knocked out an audio panel in the cockpit. ... And, of course, there is always the toxic combo of booze and flying. A drunken passenger lost his job after he disrupted a British Airways flight because he demanded a "white girl" serve him rather than the Asian flight attendant. Meanwhile, a Delta Air Lines pilot was arrested at Minneapolis-St. Paul Airport when TSA agents flagged him as intoxicated and he removed himself from a secondary screening line.

Oh, Canada (but in French)! A pair of flyers filed nearly two dozen complaints against Air Canada. They said the carrier repeatedly ignored the country's Official Languages Act. That law demands official communications be conducted both in English and in French. Among their gripes? The seat-belt buckles only said "LIFT" with no French translation. A Canadian federal court agreed and awarded the couple C$21,00 in damages. Air Canada was also required to write letters of apology. I assume the apologies were written in both English and French.

It takes a (Spanish) village A group of friends pooled their money and purchased an entire abandoned village in Galicia in northwestern Spain. The group raised 140,000 euros to buy the hamlet, which encompasses cottages, barns, granaries and a communal bread oven. Each investor will restore one property as a retirement home.

Flying with food A man flew home from Jamaica to Baltimore-Washington International with three bottles of honey. Customs officials decided it was liquid crystal meth, however, and jailed him for 82 days. He was eventually released and Customs offered to return the honey. Meanwhile, a drug bust at London's Gatwick Airport went wrong when 25 bags of suspected drugs turned out to be cake mix.

X-rated business trip A company has been found liable for the death of an employee who had a cardiac arrest while having sex with a stranger on a business trip. Yes, this happened in France.