Read all about it! A landing so hard that the aircraft fuselage crumpled. Trapped on a flight with a drunken flight attendant. How do you survive 12 hours in an airport? Why hotels don't cut the cord. Better Philadelphia than JFK, says American Airlines. Delta's private-jet upgrade lie. Italy's "City of Pasta." And much more. 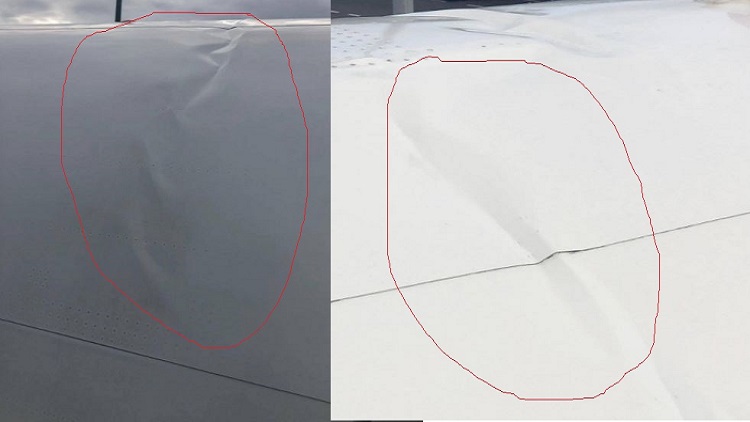 Well, this is very scary. Delta Air Lines Flight 414 from New York/Kennedy to Ponta Delgada in the Azores survived a very hard landing on August 18. The FAA subsequently labeled the landing as an accident and it's not hard to see why. The fuselage of the 23-year-old Boeing 757-200 began to crease, much like an aluminum can being crushed. The exact cause of the incident will take months to establish, but experts seem to feel sudden crosswinds could have caused the plane to hit the runway, nose gear first, at a much-higher-than-normal speed. (Planes are designed for the rear wheels to touch down before the nose gear, which can't absorb as much shock.) Delta hasn't said what it'll do with the aircraft, but the speculation is that it'll be scrapped for parts. The plane's hull probably can't be repaired--or, more accurately, isn't worth repairing. ... Here's a tweet you never want to see: "Our flight attendant appears to be quite drunk," a passenger said. "She is slurring her speech ... was bumping into everyone ... kept dropping things." The tweet refers to United Express Flight 4849 operated by Air Wisconsin on August 2. The Chicago/O'Hare-South Bend, Indiana, flight landed without incident, but the airline says "the flight attendant was detained by authorities after a report of possible impairment." When the plane landed, two uniformed police officers boarded and talked with the flight attendant, said Aaron Scherb, who sent the tweet. ... Speaking of flying while tweeting, passengers on Delta Flight 2385 produced a flurry of them. Why? The plane was held on the tarmac for more than seven hours at New York/JFK before flying to Miami. What did the passengers do while the plane sat on the ground going nowhere? They begged Delta for beverages, tried to get the airline to turn on the air conditioning and fought among themselves. Police eventually arrived to break up the fisticuffs. 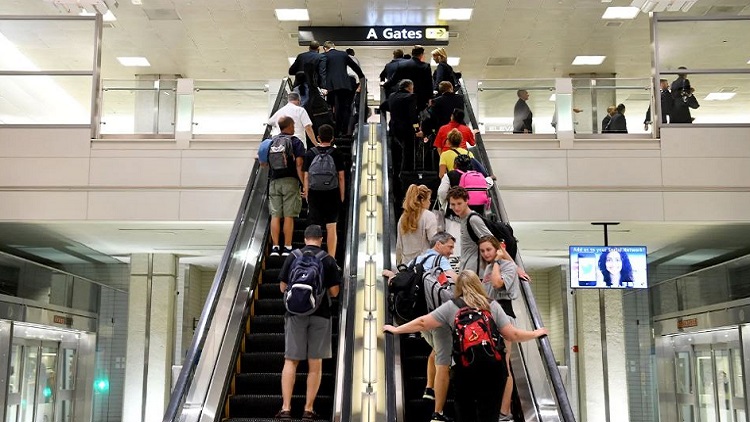 How do you survive 12 hours at the airport? And do you care when a reporter specifically schedules 12 hours of "dwell time" at an airport to write a story about surviving 12 hours at the airport? Natalie B. Compton thinks you'll be fascinated by her 12-hour odyssey wandering aimlessly around Baltimore-Washington Airport. The piece seems as endless as her 12-hour wait at an airport--and as interesting. ... Ever since its merger with US Airways in 2013, American Airlines has been dismantling its hub at New York/Kennedy Airport. Key routes have been dropped and American is now a distant third in JFK market share behind JetBlue Airways and Delta Air Lines. American's defense? It prefers to beef up its Philadelphia hub, where American faces little competition. This is SOP for American chief executive Doug Parker and it's a tactic he used when he ran America West and US Airways before gaining control of American. Parker simply doesn't believe in competing for customers... Washington Dulles Airport (above) is celebrating something of a revival and traffic is growing again after years of decline. The magic formula? Millions of dollars of subsidies, most of them doled out to United Airlines, the hub carrier at Dulles.

Americans are "cutting the cord" on cable and satellite television by the millions. Hotels? Not so much. "Hoteliers don't think the technology or the hotel industry is quite there yet," says HotelNewsNow.com, an online publication from lodging consultants STR. But "streaming entertainment has become such a widespread guest behavior that hotels have made changes" to accommodate the needs and desires of paying customers. ... We discussed the state of single-use hotel bathroom amenities several weeks ago, but there's an interesting sidebar. "Miniature toiletries have a shelf life that extends after travelers check out of their rooms," explains Adweek. Many find their way to homeless and other public shelters and are much desired. The small bottles contributed by hotels or guests are an "effective way to get exactly the right products that people in a transient mode need," explains one shelter boss. ... What's it like to be a 58-year-old worker who delivers room service orders? Too hard, too insecure and financially lacking, says someone who does it. ... Who's giving wings to the otherwise leaden presidential campaign of New York Mayor Bill de Blasio? The members of a New York hotel-workers union, who are about two-thirds of his individual contributors.

King of the (ride-share) road Ever notice that your Uber or Lyft is often (okay, almost always) a Toyota Camry? There's a reason. They are affordable and virtually indestructible.

Yeah, sure, Delta was lying ... I never gave publicity to Delta's claim several years ago that it would upgrade SkyMiles elites with private-jet rides. But the mainstream media slavishly reported it. Turns out private jet rides were a lie and Delta awarded fewer than two dozen upgrades.

It this heaven? No, it's Des Moines. One of the best lines in Field of Dreams was when one of the ghost ballplayers confused Iowa with heaven. Now The Washington Post says Des Moines is, well, heavenly.

Tech, trains and tragedy Three years ago, the National Transportation Safety Board asked Google, Apple and Microsoft to put railroad crossings on their navigation maps. They refused. As a result, hundreds of motorists continue to die at rail crossings.

The 'City of Pasta' C'mon, what more do you need to know? Gragnano, a coastal town near Naples, is Italy's "City of Pasta."