Read all about it! In the summertime, when newspapers tout the best and most beautiful and intriguing beachfront getaways around the world. Airlines do stupid things--like advertising with blackface, drinking captains and prudish flight crews. Travelers do stupid things--like drunkenly attacking crews, wearing revealing clothes and trying to steal entire hotel rooms. New York airports breed international culinary diversity. And much more. 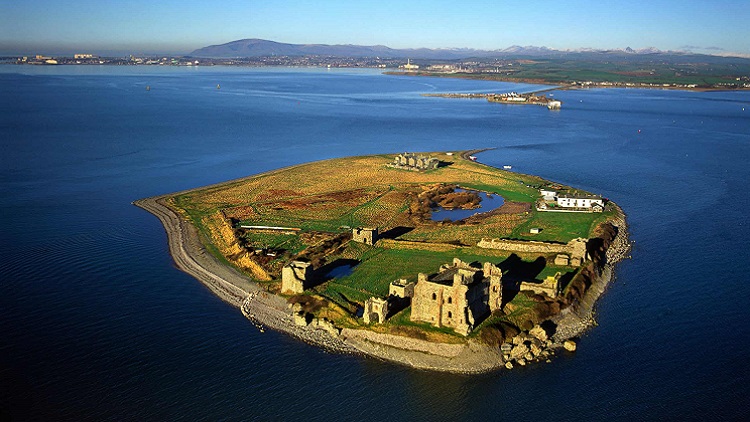 It's the early summer in the Northern Hemisphere. That means everyone is scrambling to find the perfect seaside getaway. And, thankfully, media from around the world are responding. At The Guardian, there are "10 glorious seaside spots" in Great Britain. As the long and very carefully detailed guide explains, it covers "everything from secluded coves to surf lessons, boat rides and places to stay." It is also geographically catholic, offering suggestions in England, Scotland, Wales and Northern Ireland. One pick: Piel Island (above), a 50-acre redoubt in Lancashire with its own king. (He also owns the pub, so, you know ...) Closer to home, The Washington Post offers up "more than a dozen beachfront communities, each sporting a different vibe," within a half-day drive of the District of Columbia. That reaches as far north as Ocean City on the Jersey Shore and as far south as Nags Head on North Carolina's Outer Banks. If only Italy will do, however, The Wall Street Journal invites us to the Carso region, a "compelling mishmash of Habsburg-era castles and boozy taverns" along the Adriatic Coast near the border with Slovenia.


Part One: Airlines Being Airlines

One thing you can depend upon: Airlines will act like airlines every time. That means lies, deceptions and, most of all, abject stupidity.

Alitalia thought it would be funny to put an actor in blackface--actually, it was more brownface--and pass him off as President Obama in a video promoting the carrier's newish Rome-to-Washington flights. Needless to say, the response was immediate and furious, both in Italy and in the United States. Alitalia initially defended its actions, then deleted the video and apologized.

American Airlines apologized to a Houston-area doctor because she was forced to disembark and wrap a blanket around herself. The supposed infraction? A flight attendant didn't like her attire as the doctor and her son were flying home from Jamaica via Miami. The woman, Dr. Latisha "Tisha" Rowe, later tweeted a picture of the "offending" outfit.

Korean Air apparently thinks nothing of pilots trying to drink while flying. The cabin crew on the flight from Seoul to Amsterdam reported the captain's bizarre behavior. Korean Air management let the pilot off with a verbal warning, but demoted the cabin crew because they used "insulting words."

Another thing you can depend upon is that travelers are sometimes at least as stupid and ridiculous as the airlines and hotels.

Hawaiian Airlines in February was forced to divert a Seoul-bound flight back to Honolulu when a drunken passenger tried to punch a flight attendant. Last week the passenger was sentenced to six months in jail and ordered to pay Hawaiian $172,000 in restitution. Prosecutors claimed the 48-year-old Korean national drank a bottle of whiskey before boarding.

EasyJet, er, nipped a passenger's flight plans when she tried to board a flight wearing a sheer top that left her nipples "clearly visible." Although she agreed to wear an additional top provided by the airline, she was eventually denied boarding after the airline claimed she became disruptive with the cabin crew.

The New Yorker hotel in midtown Manhattan is facing a bizarre guest lawsuit. A traveler who stayed one night is suing for permanent possession of the guestroom. His convoluted claim is based on an interesting reading of New York City's rent-stabilization laws and the fact that the property once was owned by the so-called Moonies religious cult.


Archives: The Airports and Cuisine of Queens 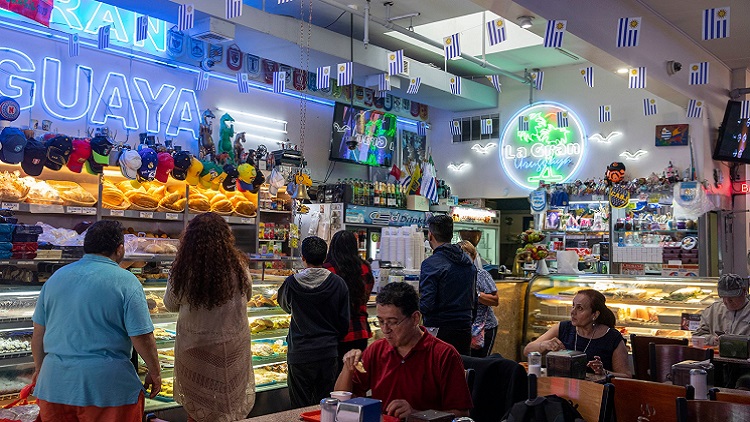 Almost two years ago, I wrote about Flushing, the wonderfully Chinese area of Queens, the home of New York's two airports. "Flushing, just two miles or so from LaGuardia, is the flashpoint of a modern Chinese diaspora," I said at the time. I wasn't the first to write about the glory that is Queens, side-by-side saucepans of vibrant Asian and Latin enclaves. But others are catching up fast. Parts Unknown, the Web site launched to support the late Anthony Bourdain's CNN program, has a fabulous collection of ethnic Queens stories. And The New York Times finally got around to a major piece extolling the borough-wide moveable feast that is Queens.

Encore! Encore! After a gap of nearly a decade, the Sahara Hotel and Casino has returned to the Las Vegas Strip. Opened in 1952 and once home-away-from-home to Frank Sinatra's Rat Pack of rabble rousers, the hotel has a rocky recent history. It closed for a bit, the two towers were split into the W Las Vegas and the SLS Las Vegas and an amusement-park ride was added. Now the owners have revived the original name and are giving the property a $150 million makeover.

And this surprises you why? China's paranoia about the Web, social media and anything that might be used to weaken the Communist Party's control of everything is well-known. Now to go along with its so-called Great Firewall comes snooping government-issued malware installed on your phone as you enter the country.

Still a few bugs in the system The much-touted new trainsets on routes between Scotland and London continue to be an operational mess. The trainsets are running so poorly that the company has delayed their introduction on other routes.