Read all about it! Christopher Nassetta earns almost $20 million running Hilton Hotels, but is too cheap to tip housekeepers. Charles Eames thought "mobile lounges" at Dulles Airport were cool in 1958. Why would anyone think so now? More corruption from Elaine Chao at the DOT, more woes for Britain's newest trains and a legal war over soup and quiche at a Chicago hotel.

Tip: Hilton's Boss Is a Cheap and Clueless Creep 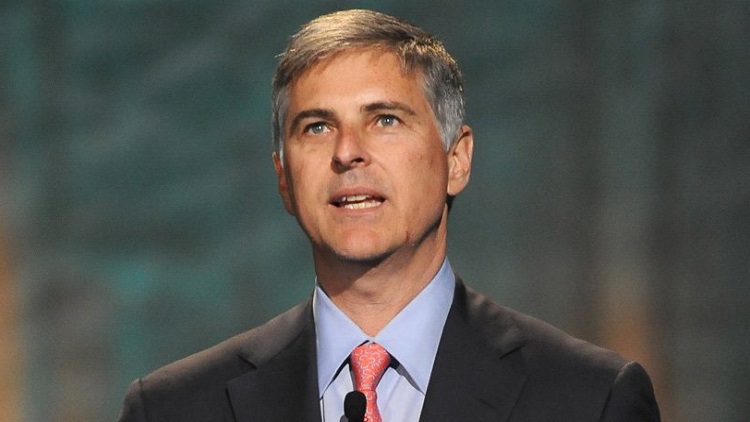 Christopher J. Nassetta earns a cool $19.7 million in total compensation as president and chief executive of Hilton Worldwide. And he wants you to know that he wouldn't waste a penny of that 20 million on his poorly paid staff of housekeepers.

"I typically do not leave a tip," Nassetta said last week at a lodging investment conference. And it's not like Nassetta is one of those ivory-tower rich guys. He knows his housekeepers have a thankless, low-paid job. "Their job is harder than your job," he said. "You get in there, and you pay them the respect." Respect, apparently, but not coin of the realm.

Nassetta's Scrooge-like approach to his staff did not sit well in the real world, however. Still, his public relations team initially defended his comments. "It's Chris's view that every Hilton Team Member works hard," they babbled. "Rather than selectively reward some Team Members, he is focused on providing meaningful economic opportunities for all 400,000 Team Members." Because, you know, housekeepers don't need cash. All they need is Nassetta's approval and capital-letter designation as a Team Member.

Nassetta's clean-up played even more poorly than his initial gaffe. (A "gaffe," of course, is inadvertently telling a truth that makes you look like an asshat.) By the end of the week he was back pedaling like the dickens. He never "meant for my approach to work stays at Hilton properties to discourage others from tipping when they are traveling," he explained, reminding you to do unto housekeepers as he has not done unto them. "Going forward, I will tip when traveling for both work and personal travel," Nassetta said in a statement.

Once an asshat, always an asshat, however. In closing, Nassetta wants you to understand that his mere presence at a Hilton property should have been reward enough. "I have always been generous with my time and engagement with team members when on property," he added. Because, you know, his hard-working housekeepers just want to bask in the reflection of his rich-guy glow.

Of course, it's not like Nassetta's chintzy approach to housekeepers is unique. Surely you remember when Marriott decided not to pay housekeepers more, but put out envelopes to help you tip more to make up the gap.

Quick, what's the worst thing about Washington/Dulles? I mean, besides being named for the amoral John Foster Dulles and besides the fact that it is a hub for United, the airline equivalent of John Foster Dulles. Yes, of course, the worst thing is those detestable "mobile lounges" that slowly, haltingly and uncomfortably shuttle us from the gates to aircraft held at hard stands. Shocking as it may seem, famed designers Charles and Ray Eames thought that mobile lounges were the solution to airport crowding. Honestly, they did, and there's proof in the form of a 1958 film they created to pitch lounges to airport officials and Eero Saarinen, who designed Dulles' iconic gull-winged terminal. The animated film makes mobile lounges sound like, well, a late 1950s solution to a 21st-century problem. After you watch the film, check out this clueless new story lauding the concept of mobile lounges. "Dulles still works for the modern world of commercial air travel," the writer incoherently explains. The Eames have an excuse, of course. They had an idea that didn't work out. What is the writer's excuse claiming that Dulles "works for the modern world?" Has he ever flown from Dulles? Who says things like Dulles "remains a delight for the modern traveler" in 2019?

CHICAGO: It's important to clear customs and immigration when you return to the United States--unless you follow a TSA agent out a side door of O'Hare without clearing any formalities at all.

LOS ANGELES: Alaska Airlines wants you to know that it's sorry you saw a video of a baggage handler tossing luggage off one of its aircraft.

CHAO DOWN It was just last week that we told you about Transportation Secretary Elaine Chao, the Washington Swamp Thing. And the hits keep on coming. Politico.com reports that Chao set up a personal liaison for requests from Kentucky politicians and companies. Why Kentucky? Chao's hubby is Senate Majority Leader Mitch McConnell, the senior senator from the Bluegrass State, where Swamp Things also flourish.

STILL OFF THE TRACKS Those expensive new trains on the Caledonian Sleeper service between London and Scotland are still experiencing all sorts of trouble. Business Traveller magazine describes the first six weeks of service as plagued by "teething problems." But you probably wouldn't be quite that charitable if you were rousted off the train in the middle of the night and put on a bus instead.

BUENA VISTA SPY CLUB The Trump Administration has made it harder for U.S. travelers to visit Cuba. Maybe they should have been worried about the Cubans reaching U.S. shores instead. If this report is true, the Cuban government has been flying spies into Miami Airport.

Travel is hot (sauce) Retail sales of hot sauces jumped to about $700 million last year. One of the reasons, according to The Wall Street Journal? The more Americans travel and sample spicy cuisine overseas, the more interested they are in buying hot sauces back home.

Part of the problem The nasty, ongoing battle between U.S. airlines and Middle East carriers has gotten petty. Part of the problem? Parts. Literally. An Air Italy Airbus A330 was delayed approximately 36 hours at San Francisco airport because American Airlines wouldn't sell the carrier a needed part. How does this fit into the U.S.-Middle East spat? Air Italy is 49 percent owned by Qatar Airways.

Food fight Speaking of nasty, Chicago hotels were struck for several weeks last year by union employees. Although a deal was eventually cut, the Hyatt Regency Chicago and the union, UNITE Here Local 1, are still squabbling. The hotel this week sued the union in federal court in a battle over kitchen rules. At stake is control of things like quiche burning in the ovens and the plating of soup from kettles.

Che sarà, sarà Alitalia has been losing money since the fall of the Roman Empire. It's also been in administration--the European version of bankruptcy--for two years. A "rescue plan" for the Italian flag carrier is long overdue. But whatever will be, will be, explains Italy's transportation minister.