Read all about it! Summer travel is expected to hit records and that underlines the problems of overtourism. Major cities in Europe are searching for solutions while New Zealand imposes a tourist tax. Even California is worried. Meanwhile, you can now visit Old Joliet Prison. Union Station in Los Angeles seeks a purpose. There's a new railroad in Sydney. Sri Lanka's tourism has collapsed after the Easter Sunday bombings. And more.

So Many Tourists, So Many Worldwide Problems

The TSA announced today (May 23) that it expects a 4 percent increase in traveler volume this summer. About 263 million flyers may clear U.S. security checkpoints between the Memorial Day and Labor Day weekends. This news brings us almost seamlessly to what we can only call the global travel industry's Miracle Max moment. (You know, "We're closed!") Thanks to cheaper airfares, better trains and rising incomes, worldwide tourism is growing uncontrollably. The growth is warping--some say destroying--the places we most love visiting.

Three European cities--Amsterdam, Barcelona and Venice--are especially panicked by tourist hordes and their conduct. The numbers are so critical in the Netherlands that the nation's tourism industry is proposing a massive overhaul of how the nation promotes itself. Venice's much-publicized tourism woes are even convincing travel magazines to suggest alternate destinations. Oddly, the "tourism threat" can come from anywhere. A Justin Bieber music video shot in Iceland's Fjadrárgljúfur canyon has brought throngs of visitors and created environmental chaos.

It's not just Europe, either. New Zealand is imposing a tourist tax later this year. The goal of the levy? "Contribute to the long-term sustainability of tourism," says Kelvin Davis, the country's minister of tourism. California is worried about overtourism, too.

JOLIET, ILLINOIS: How should we handle the fact that Old Joliet Prison is now open for tours? Shall we make a jokey Jake and Elwood Blues reference--or let the grimy, gritty, ugly American prison system speak for itself?

HONG KONG: The MRT mass-transit system and Hong Kong Airport are excellent, but hardly bastions of progressive thought. Cathay Pacific has had to fight to overturn a ban on a same-sex travel advertisement that the carrier created. 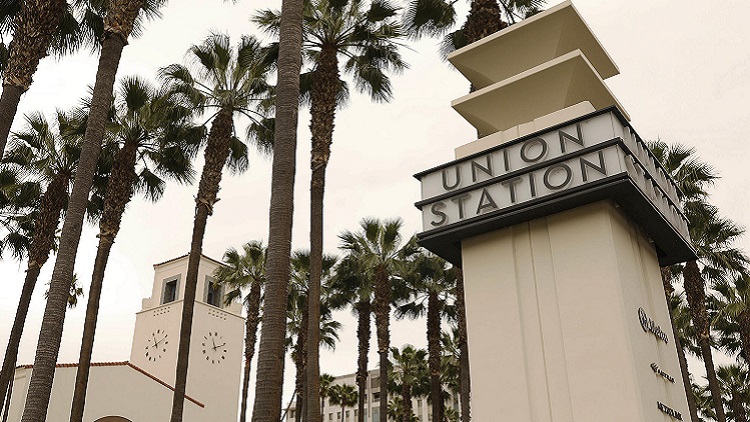 LOS ANGELES: Even with the recent public-transit initiatives, there's no more car-centric city in America than Los Angeles. Eighty years after it was built, for example, Union Station still searches for a purpose. Even its much-loved destination restaurant, Traxx, has closed.

MEDELLIN, COLOMBIA: Once a crime-ridden region notorious for a roaring drug business, Medellin has embarked on "a series of ambitious public transportation and urban renewal projects." The result? A "profound reimagining" of the city.

SYDNEY: Australia's largest and most urbane city, Sydney this weekend opens 13 stations on a new train line. Rides will be free for all on Sunday (May 26) on the A$7.3 billion, 36-kilometer Northwest Metro line.

WILDWOOD, NEW JERSEY: The middle-class Jersey Shore getaway has been gussied up in recent decades and that has meant the end of midcentury modern motels evocative of a specific time in American travel.

WASHINGTON: So you say Uber and Lyft are better than the sometimes ratty and regulated cabs that ply the District of Columbia? Um, sure, except when the ride-share drivers conspire to drive up fares by rigging pricing algorithms.

A cuppa without the cuppa Only British Airways would have the chutzpah to create and sell an in-flight tea service that doesn't include any tea. Tea, you see, is an optional purchase.

Will travel for food Travelers travel for all sorts of reasons: personal enlightenment, knowledge, relaxation, sports--and, of course, dining. Cuisine-based travel is booming. Some experts credit the food-foraging trend to the outsized influence of the late Anthony Bourdain and his TV shows.

If you bomb it, the tourists won't come The Easter Sunday bombings of churches and luxury hotels in Sri Lanka killed more than 250 people. Now they're destroying the tourist industry, too. The island nation's beaches and shops are empty. Hotel occupancy has dropped by as much as 90 percent.