Read all about it! Airport Report: 'X' marks the very controversial spot in Pittsburgh while working conditions at Miami International deteriorate. Eat, drink and make hummus around the world. Yes, hotels are dumping guestroom bathtubs, but we told you that a decade ago. The Southwest Effect on airfares has reached the California-Hawaii market. And more. 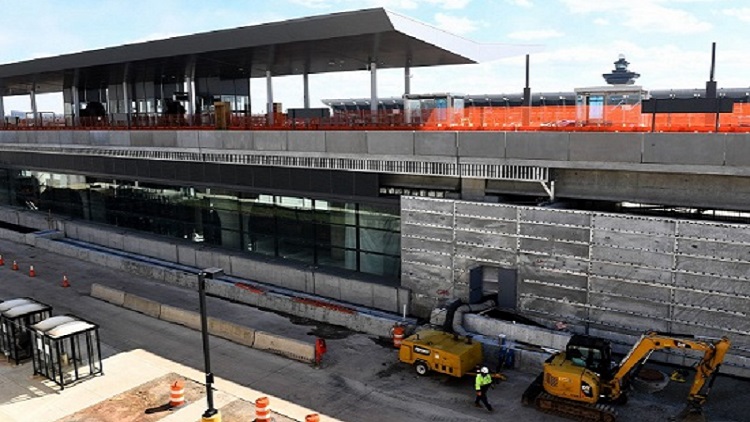 Keith Spinden, the general manager of the Grand Hyatt at Dallas/Fort Worth says he likes running an airport hotel. Except, you know, guests do not stay long. ... Things are not going very well at the Silver Line station (left) intended to serve Dulles Airport near Washington. Concrete pedestals designed to support the two-story structure's glass walls and windscreens are cracking because they were built without proper reinforcements. ... The working conditions at Miami Airport are not exactly the stuff that dreams are made of. Reports by the local CBS television affiliate indicate that a major airline subcontractor is paying low wages, limiting its benefits--and working employees so hard they don't have time to hydrate. Meanwhile, after years of pressing for automatic tipping at the airport restaurants, workers have been told by Miami management that it won't permit automatic tips. Wages are now expected to plummet since travelers are notoriously bad tippers at airport food and beverage outlets. "Tips are half of what I make," said one restaurant employee. ... The architect of the groundbreaking X-shaped terminal at Pittsburgh International is blasting a plan to downsize PIT at a cost of $1.1 billion. The makeover would reduce the size of the terminal to fit Pittsburgh's no-hub status--US Air left in 2004--but 91-year-old Tasso Katselas says the budget is "suspect, unrealistic and [has] a high risk of uncontrolled costs." ... The NTSB will investigate how an American Airlines flight struck a runway sign on takeoff at New York/Kennedy Airport. ... The number of flights at British airports has fallen by almost 20 percent in the past decade. The culprits: higher air taxes, market conditions and competition from rail service.


From the Archives: Soft Targets and Hotel Tubs

The atrocious attacks in Sri Lanka targeting churches and hotels on Easter Sunday are shocking, of course, but they should not have surprised you. Churches and hotels are textbook examples of "soft targets," a matter we've had to discuss many times in recent years. As former New York Police Commissioner Raymond Kelly explained in 2015, "we're surrounded by soft targets." In fact, the Sri Lankan perpetrators didn't even go after the nation's softest targets: public areas of airports and railroad and bus terminals. ... As Marketplace Radio reported this week, hotels are installing fewer bathtubs, the better to offer fancy showers and reduce room sizes. Of course, I explained all this more than a decade ago in a column we cleverly headlined A Watery Grave for Hotel Tubs. 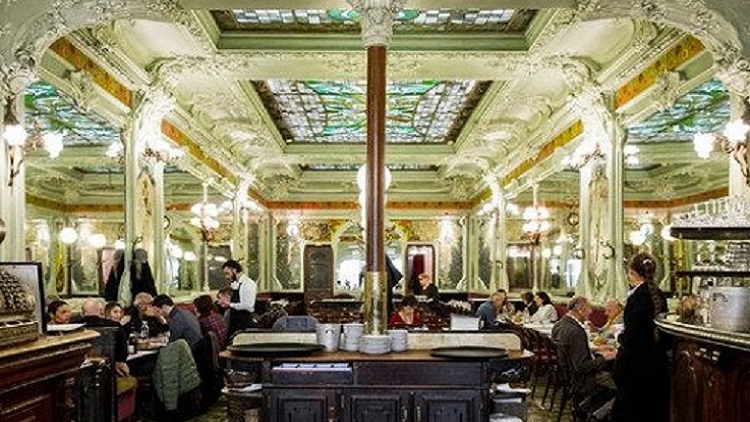 Wealthy Chinese investors are buying up vineyards in Bordeaux, the lush French agricultural area known for the eponymous wine. Quelle Surprise! The hidebound French traditionalists aren't happy. Meanwhile, 600 kilometers away, in Paris, you'll still eat well for 20 euro. The trick? Find a "bouillon" (left), working-class restaurants that thrived in Paris during the 19th century. They are making a comeback. ... In Chicago, Wrigley Field has gotten another makeover. Among the new features: The Maker's Mark Barrel Room, where the chandelier is made of liquor bottles. It hosts season-ticket holders just behind the visitor's dugout. Because bourbon and baseball. ... On the other hand, Israel continues to be obsessed with hummus. The Israelis "get hummus right in ways we hadn't even considered," explains Milk Street, a new culinary magazine. (By the way, Mister Meatball has written about my own hummus recipe. It is distinctly a Greek/Turkish rather than Israeli version.)

Brexit and the border Want a unique view of Brexit, the divisive process of separating the United Kingdom from the European Union? Berwick-upon-Tweed is on the border between England, which voted to leave, and Scotland, which voted to remain. And Brexit is so vexing to some Brits that they've applied for Irish citizenship.

The 'Southwest Effect' in Hawaii We haven't heard much lately about the "Southwest Effect"--fares dropping when Southwest Airlines enters a market--but that's mostly because Southwest hasn't had many new markets to enter. But then there's Hawaii, where Southwest last month launched flights. Fares from California promptly dropped by 17 percent, says the Los Angeles Times.

Deep holes and tall towers The relentless gentrification of Manhattan has led to $100 million brownstones complete with underground swimming pools scratched out of the earth at great cost to the serenity of the neighbors. Meanwhile, the Equinox chain of spas and gyms is launching a hotel in the new Hudson Yards neighborhood. It'll be inside a 92-story tower and managing partner Harvey Spevak says he's always been "running a detail-obsessed hospitality business for a discerning, sophisticated clientele."