Read all about it! A Florida resort has a Champagne vending machine. The London Crossrail project hit with more delays and cost overruns. Tokyo's housing and real estate market flatlines. The checkered history of travel boycotts. A dreary Amtrak ride between Detroit and Raleigh. Fifty years later, the travels of John and Yoko explained and annotated. And more.

Planes, Trains and Automobiles (the U. K. Edition) 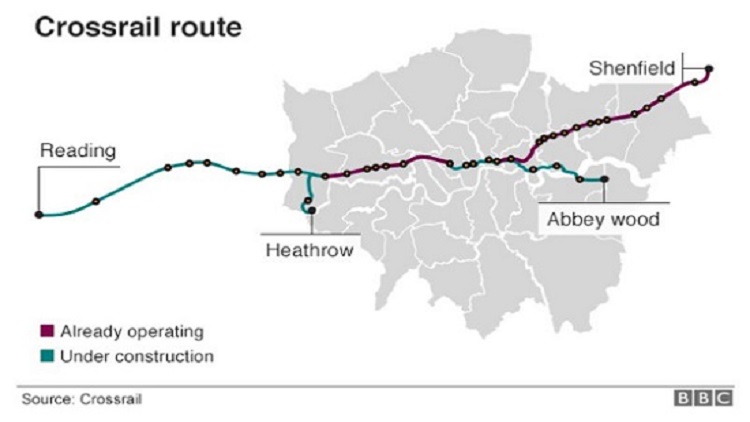 It does not have Steve Martin or John Candy and it isn't written or directed by John Hughes, but what we can only call the U.K version of Planes, Trains and Automobiles is chock full of laughs and much pathos. If you look at it in the right light and have a British sense of the absurd, of course.

The planes? The awful commuter airline Flybe has been melting down this week, but thought it had a public relations winner with its first flight between Cornwall and London/Heathrow Airport. It's been two decades since the somewhat out-of-the-way Cornwall region had a direct air link to Heathrow, so the new Flybe operation was hailed as a major breakthrough. But the first flight Sunday (March 31) from Cornwall's tiny Newquay Airport was cancelled for mechanical reasons. The passengers ended up being bussed to Heathrow instead. And that is never a good look.

The trains? As we've explained before, the massive Crossrail project under London was mounted to show that England still had its mojo. It ran into a mess of engineering and financial troubles, however, and the launch was put off until later this year from last fall. Yeah, well, that ain't happening, either. As Independent travel writer Simon Calder explains, Crossrail may be delayed two more years. As the BBC explains, the so-called Elizabeth Line is wildly over budget and plagued by "unacceptably laissez-faire" attitudes.

Finally, come with us now to the supposedly glorious British past for the automobile portion of this tale. It's been 60 years since Britain's first full-service roadside travel plaza opened and it helped remake how the United Kingdom dines and thinks about food. One expert explains: "If you want to see Britain, go to Watford Gap," the first plaza, strategically located where Northern and Southern England divide. "If you want to taste Britain, go to Watford Gap." 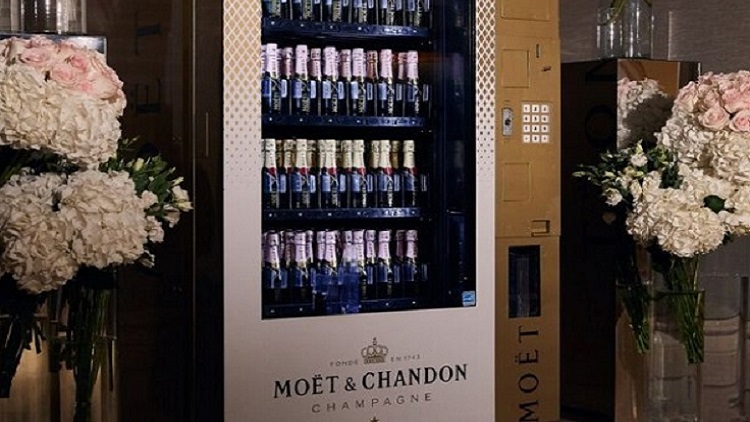 ATHENS: After a decade of EU-imposed austerity, Greece is beginning to shake off its economic torpor. The golden ticket? A so-called golden visa, five-year renewable instruments that foreigners obtain when they spend more than 250,000 euro on a home. The result? A boom in apartment sales, new hotels and other major projects in Athens.

LONDON: Thick fog and smog are as emblematic of London as Big Ben, the Thames and Covent Garden. It's the stuff of Gershwin songs. But as The Beatles once said, you have to admit it's getting better. So far in 2019, there hasn't been a breach of pollution limits, an improvement over last year, when the first breach was in January and 2017, when the first over-the-limit day came just five days in. And there were 43 breaches by early April in 2016.

NAPLES, FLORIDA: Sure, why not? The Ritz-Carlton resort in Naples now has a Champagne vending machine (above). A 200ml bottle of Moet & Chandon Brut or Rose costs $25 and you purchase a special gold coin from the front desk to activate the vending device.

PLOUARZEL, FRANCE: Plastic parts from Garfield-shaped telephones have been washing up on a Brittany beach for around 30 years. Now the mystery finally has been solved. A shipping container full of phones was beached in an isolated sea cave nearby and it has been leaking Garfield parts since the 1980s.


From the Archives: Travel Boycotts

You will have heard by now of the celebrity-driven boycott of Dorchester Hotels. Those pricey properties--including the eponymous Dorchester in London and two oh-so-precious Beverly Hills hotels--are owned by the Sultan of Brunei. The Sultan is a religious zealot and basically decreed the death penalty for anyone convicted of sodomy or adultery. This week the penalty got "upgraded" to stoning. The problem with boycotting the holdings of the nutty, super-wealthy, Sharia-obsessed Sultan of Brunei? It has been tried before and, as columnist Michael Matthews explained in 2014, it does not work. "The boycott in no way will damage the coffers of Brunei," he explained. "The sultanate is that rich." Michael was right, of course, and the earlier boycott of the Dorchester Collection collapsed. But travel boycotts are not always a dead end. As I explained in a 2015 column, a boycott of Indiana travel sent state politicians scrambling to reverse offensive laws. There have been several other examples of when travel boycotts worked to change social policy, too. So it will be interesting to watch how the 2019 version of the Dorchester boycott progresses. The Beverly Hills Hotel on Wednesday (April 3) deactivated its social media accounts.

The travels of John and Yoko It's been 50 years since The Ballad of John and Yoko rocketed to the top of charts. The music and politics aside, though, it's a chronicle of the pair's marriage and honeymoon travels. The love-in at the Amsterdam Hilton is the best-known bit, of course, but The Telegraph documents all of the travel and how to duplicate it yourself.

Amtrak's next destination: Sad and Lonely Town So a writer for Jalopnik.com, an auto-centric Web site, decided to take Amtrak from Detroit to Raleigh. It went about how you'd expect.

The politician and pizza delivery When it was an isolated Hawaiian "neighbor island" and not home to a pair of fancy Four Seasons resorts, residents on Lanai would import food from McDonald's and KFC outlets located in Honolulu. Delivery vehicle? Daily Aloha Airlines flights, which lasted about 45 minutes. If the Nigerian minister of agriculture is to be believed, something much more dramatic is happening on six-plus-hour British Airways flights from London. "There are Nigerians who use their cellphones to import pizza from London," minister Audu Ogbeh told the Senate Agriculture Committee. "They bring it on British Airways in the morning to pick up at the airport." The alleged pizza imports are part of Nigeria's overall problem with trade deficits, he explained.