Read all about it! Vienna is the world's "most livable" city while Paris, Singapore and Hong Kong are the most expensive. This week's weirdest and wildest flights. San Antonio now has a Ruby City. New York opens a massive new development. Nashville has a new neighborhood. Hot hotel trends include podcast studios and room-service Bloody Mary carts.

Vienna's Best, Singapore and Paris Cost Too Much

If you judge your life and your business travel on surveys, this is a big week for you. The well-regarded "quality of living" survey composed by the Mercer division of the Marsh & McLennan Companies once again chose Vienna and Zurich as the best cities in the world. Vancouver, ranked number three, was the only North American city to crack the top ten. Auckland, New Zealand, tied for third. With the exception of Copenhagen (number eight), all the other top ten cities were in Germany (Munich, Dusseldorf, Frankfurt) or Switzerland (Geneva and Basel). Singapore (25) was the highest-rated city in Asia. San Francisco (34) was the highest-rated U.S. city. Mercer said it used 10 criteria--including quality of public transit and medical and health considerations--to calculate its rankings. Meanwhile, The Economist magazine unveiled its annual list of world's most expensive cities. Paris, Singapore and Hong Kong shared the unhappy title of "most expensive" places. Zurich, one of the Mercer livability victors, was a disappointing number four on the list of costly cities. Notably inexpensive cities: Buenos Aires (125) and major cities in India such as Delhi, Bangalore and Chennai. You wouldn't want to live in the cheapest cities, however. That normally happy title went to Caracas (133), in depression-wracked Venezuela, and Damascus (132), capital of war-torn Syria. 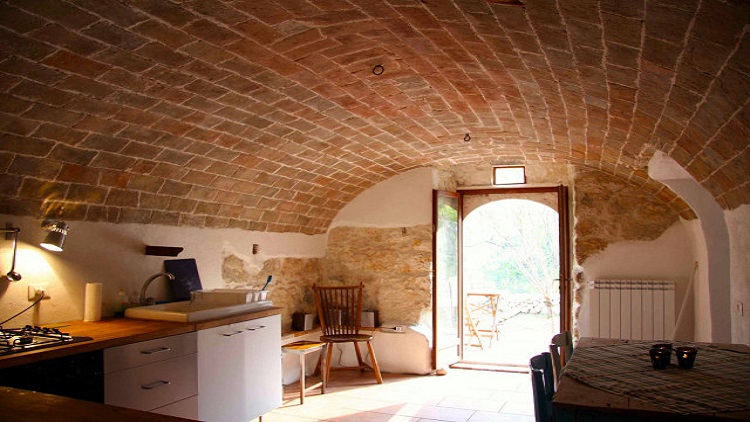 ABRUZZO, ITALY: In the face of falling real estate prices, a British antiques dealer is resorting to a raffle to sell a restored home (left) in the town of Carapelle Calvisio. The rural village was the location of Ladyhawke, a 1980s movie starring Michelle Pfeiffer and Matthew Broderick.

DA LAT, VIETNAM: A British coroner has ruled three tourists who died at the Datania waterfalls attraction were not adequately briefed on the risk. The 2016 accident occurred when the three visitors, wearing life jackets and helmets, fell down a 50-foot waterfall.

DAUFUSKIE ISLAND, SOUTH CAROLINA It's just a mile from stylish and crowded Hilton Head Island, but Daufuskie Island is intensely rural. There's no bridge access from the mainland, only a few cars and most of the 400 year-round residents get around by bicycle or golf cart.

GENOA: The shocking Morandi Bridge collapse last year has shed an unflattering light on the Benetton Family, the global fashion retailers. Most of the family income is now generated by a road monopoly that has an uncomfortably close relationship with Italian regulators.

HONG KONG: A small core of urban archeologists with journalism training is in a race with Hong Kong's frenetic development. The goal? Document the city's history and iconic structures before they disappear.

NASHVILLE: "The Gulch," Nashville's old industrial zone named for the ravine that runs through it, is suddenly trendy. Now that it has a hotel, too, people are discovering the walkable neighborhood.

PARIS: Rue Cremieux, a car-free, cobblestoned mews with colorfully painted homes, has become a gigantic draw for Instagram fans. So much so that the street's unhappy residents have asked for gates to keep out the "influencers," the online yogis and the fashionistas who keep showing up at their doors.

SAN ANTONIO: A food company heiress drew a ruby-red building before she died in 2007. Now a museum based on her drawing, appropriately called Ruby City, has opened as a contemporary art center.

AIR TRANSAT: An Air Transat flight from Montreal to Fort Lauderdale diverted to Newark due to a fire in the cargo hold. It shut down the airport runways on a busy Saturday morning.

AMERICAN AIRLINES: Two American Airlines commuter aircraft collided on the runway at its Charlotte hub. The aircraft, operated by American's PSA Airlines division, were taken out of service for inspection.

RYANAIR: Two passengers on a Ryanair flight between Glasgow and Tenerife, Spain, engaged in a brutal and bloody brawl. One passenger claimed the other bit off his nose during the altercation.

SAUDIA: A Saudia Airlines flight from Jeddah to Kuala Lumpur turned back to the Saudia Arabian city because a passenger forgot her baby in the boarding area of King Abdul Aziz International.

TURKISH AIRLINES: At least 30 passengers were injured on a Turkish Airways flight headed to New York's JFK Airport. The cause? severe turbulence over Maine. I've only been telling you to fasten your damned seatbelts during flight for decades.

UNITED AIRLINES: An hours-long delay on a Houston-bound United Express flight in Tulsa led the pilot to order burgers for the entire passenger load. Much better than run-of-the-mill-pilot-orders-pizza story. The plane eventually arrived in Houston more than five hours late. 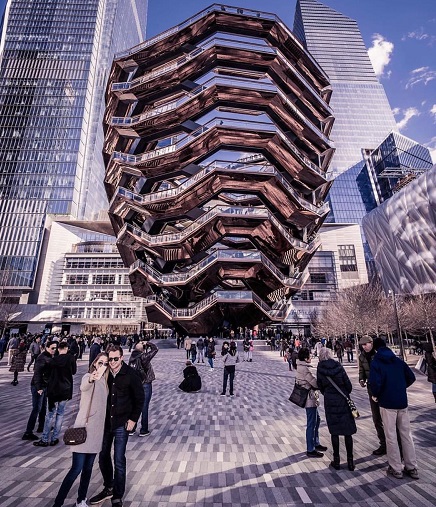 One of Manhattan's last large mixed-use development projects, Hudson Yards, has officially opened to the public. Built on a platform atop a sprawling railroad yard, the project is only partially complete, of course. That hasn't stopped The Wall Street Journal from raving about Number 30 Hudson Yards, a 1,296-foot tower. The wedge-shaped structure, the third-highest building in New York, earned some catcalls and derision, but the Journal's critic thinks the viewing platform offers a "staggering panorama." The New York Times has a rundown on the Shops & Restaurants at Hudson Yards, a million-square-foot building overflowing with new dining options. Hudson Yards also has a 150-foot-high structure called "the Vessel." It's already a draw for Instagrammers--and the photography rules immediately caused a furor. That hasn't stopped a YouTuber from posting a 15-minute walking tour of the Vessel, which apparently won't be the final name. Meanwhile, a slick hotel is due to open in Hudson Yards later this year. Here is one overall cultural/artistic/political assessment of the mega-project. And here is a typically snarky New York retort to all the Hudson Yards hoopla.

A room with a podcast Forget a room with a view or a hotel with a spa. The latest amenity? Hotels with studio space and the facilities to record a podcast.

A room with a buzz As hotels rethink their room service and food and beverage concepts, why not have a room service Bloody Mary cart or a wine-vending machine?

A room with a brew Boutique brews are the rage, so it's no surprise that there'd be a lodging component. The same company that revived an old Michigan brewery has created a 12-room hotel with a theme built around craft beers.