Read all about it! Boogie with a suitcase: What's happening now in New York, London, Paris and Munich. It's a Twilight Zone of weird flights up there. States are finally cracking down on a Hertz/PlatePass toll scam. A fanatic writer blames socialists for A380's failure. A gigantic suitcase in Los Angeles to promote new line of pricey, colorful luggage. And more.

Boogie With a Suitcase ... in the Snow

With all the snow and typical mid-February malaise, it's understandable if you sit in the airport club waiting out another delay and your mind starts to wander. Why my mind drifted to the 1979 Robin Scott tune Pop Muzik is hard to explain. But a hook is a hook, so here is what's happening in "New York, London, Paris, Munich ..."

NEW YORK: The TWA Hotel being carefully carved from the former TWA Flight Center at New York/Kennedy Airport has set May 15 as the opening day. The 512-room property apparently features lots of TWA's signature red color and Mid-century modern touches. It will be the first and only hotel on the grounds of JFK--and an old TWA Lockheed Constellation aircraft has been shipped to the airport and will be used as a cocktail lounge.

LONDON: Next month's scheduled Brexit, with the United Kingdom due to leave the European Union, is going poorly. In fact, it's tearing apart Britain's primary political parties and creating serious confusion for British travelers. Brexit is also remaking London's profile as billions in banking assets shift back to mainland Europe cities. That will mean fewer Americans on the NyLon route and more U.S. bankers visiting alternate European financial centers.

PARIS: Continuing Yellow Vest protests in Paris are sort of the anti-Brexit. It's pushing corporate meetings to Britain from France, according to the chief executive of the InterContinental Hotel Group. Meanwhile, the general manager of the Buddha Bar Hotel in Paris dishes on what the hotel must do to keep guests safe as the sometimes-violent protests sweep through the streets.

MUNICH: One of the world's greatest hotels, the 160-year-old Vier Jahreszeiten, has gotten a unique makeover. The newly renovated Royal Wing at the top of the property comprises more than 6,000 square feet and can be divided into seven bedrooms. The Maximilian Suite has a rooftop terrace that offers sweeping views of Munich's Old Town and many of the city's landmarks. As it has for nearly 50 years, the Vier Jahreszeiten is part of the Kempinski chain. It's the only hotel owned by Kempinski, founded 120 years ago in Germany, now majority owned by a Bahraini and based in Geneva.


Flying in The Twilight Zone, Circa 2019

A disproportionate number of episodes of Rod Serling's The Twilight Zone focused on the then-newish concept of commercial flying. There is the classic Shatner show with the stormy flight and a monster on the wing only he can see, of course. There is my personal favorite, an aeronautic version of the Flying Dutchman, starring John Anderson as a Boeing 707 pilot from London to New York/Idlewild who flies so fast he goes back in time. And don't forget the episode where an FAA investigator is haunted by the one crash he never solved. What's all that got to do with this week's collection of the strange and stupid in the air? The signpost's up ahead. Oh, wait, that's not a signpost. It's the first trailer for an upcoming reboot of The Twilight Zone by Academy Award winner Jordan Peele. And that certainly looks like Ghosted and Parks & Recreation actor Adam Scott recreating the creepy Shatner episode. 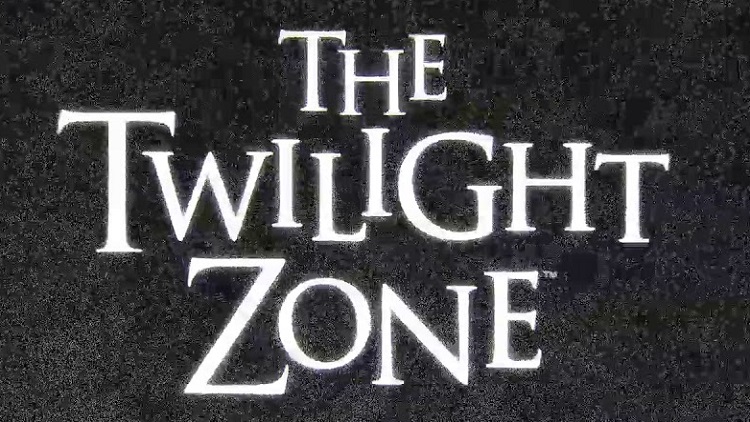 AIR FRANCE passengers on a flight from Paris to Los Angeles were treated to the scene of a man stripping down to his underwear and traveling in boxer shorts. "Flight attendants seem unconcerned," a woman flyer sitting near him noted on Twitter. "He has also removed his socks."

AMERICAN AIRLINES cancelled the return reservation of a customer flying from San Jose to Los Angeles. The airline's rationale? The customer never appeared for his original LAX to San Jose flight. But Steve Homen had video of himself on the flight and even of the aircraft's takeoff and landing. As Serling would say, "Submitted for your approval."

DELTA AIR LINES diverted a flight originally headed to its Atlanta hub to Chattanooga, Tennessee, instead. The MD-90 originated in Milwaukee, but it was apparently struck by lightning. Delta says that the FAA is investigating--and possibly looking for Shatner's gremlin, too.

JETBLUE AIRWAYS called the cops when a 32-year-old passenger at its Fort Lauderdale focus city became disruptive before departure of a Las Vegas-bound flight. Cellphone video captures the woman cursing, boasting of her intoxicated state and literally offending both young and old.

VIRGIN ATLANTIC boasted that one of its Boeing 787 Dreamliner flights between LAX and London this week arrived 48 minutes early. They also claimed it reached a ground speed of 801 miles per hour. Unlike John Anderson's ill-fated London-New York flight, however, the plane didn't hurtle into the past. It was aided by the furiously fast jet stream affecting many flights for good and bad this month. Besides, ground speed isn't an accurate measure of an air speed. In other words, it's another dimension of sight and sound whose boundaries are that of imagination ...

Will Allen raised alarm bells a decade ago about a despicable rip-off concocted by Hertz, the car rental firm, and a virtually unknown service operation called PlatePass.com. The scam? Charge unsuspecting car renters an extortionate amount to pay road tolls. As Will explained, "Hertz makes a secret deal and doesn't tell its renters about unreasonable admin[istration] fees." As Allen also pointed out, Hertz gave customer credit card and other records to PlatePass without permission. We reported here in 2017 about legal action aimed at Hertz's actions. It has taken a long, long time, but state governments are cracking down on the Hertz/PlatePass scam. Florida last month cut a deal with Hertz to refund fees, which can reach $100 per rental. And as Catherine Hamm details in this week's Los Angeles Times, Hertz has has settled with the San Francisco City Attorney's Office. Along with PlatePass, Hertz was charging as much as $32 to renters for the privilege of crossing the Golden Gate Bridge.

The rainbow collection You thought the gigantic doughnut atop the Randy's Donuts shop near LAX was the best Los Angeles had to offer. Pshaw! Designer Alex Israel has built a multi-story, blue-and-pink Rimowa suitcase on La Cienega Boulevard. It is a new promotion for his rainbow-hued Rimowa luggage. The bags cost a cool $2,800 a pop.

Travel and politics, marriage and corruption JoeSentMe members sometimes complain that I intermingle politics and travel too frequently. But as I detailed two years ago, politics and travel are nearly inseparable. So, too, are marriage and corruption--at least in Washington. Politico.com details the oh-so-icky relationship between Senate Majority Leader Mitch McConnell and Transportation Secretary Elaine Chao. They're husband and wife, you see, and a whole lot of McConnell's Kentucky friends have been getting special treatment at the Department of Transportation these days.

Political hack writes dumb things about airplanes Speaking of an intersection of politics and travel, Holman Jenkins of The Wall Street Journal insists that socialists doomed the Airbus A380. Holman is a rabid free-market fanatic, of course, but this column is ludicrous even by his standards for hackery. Because the same "state planners" who Holman claims tried to "outguess markets" by building the A380 also created the wildly successful (and wildly profitable) A300 series of single-aisle jets and designed the extremely popular new A350 series of widebody aircraft.