Read all about it! Really bad flights you should be thankful you missed. Bath amenities from the oldest apothecary in the United States. Why it does not pay to trust Air Canada. The New York property that introduced Donald Trump to the world stage is going to be razed. A hotel icon that's a Miami Beach eyesore. Goose Bay diversions are never good. And more.

You Thought You Had a Bad Flight ...

Once upon a time--in other words, before social media--airlines rarely needed to apologize, justify or explain away flights that went awry. Newspaper reporters would occasionally learn about a flight gone wrong, but most flew under the media radar. Not anymore. Just for grins and giggles--and so you can say, "I had a bad week, but at least I wasn't on that flight"--here are some runs that have gone (metaphorically) south in recent weeks.

Air New Zealand turned around an Auckland-Shanghai flight after three hours and it could be because China doesn't like how the airline treats Taiwan flight listings. As you recall, China's map mania was big news last year.

American Airlines cancelled a flight from Manchester, England, to its Philadelphia hub after the 62-year-old pilot was arrested on suspicion of being intoxicated. Media in both Manchester and Philadelphia had details on the incident.

Delta Air Lines cancelled a flight from Amsterdam to New York/Kennedy after the 51-year-old co-pilot was arrested when breath tests showed an alcohol content three times higher than the legal limit. Depending on who asked, Delta blamed either a crew issue or a mechanical issue for the cancellation.

Alaska Airlines is still getting settled as a big-time transcon carrier. So you won't be shocked to learn that one Boston-Los Angeles flight went wrong and resulted in a 30-hour diversion to Buffalo.

Aeromexico has a route between Guadalajara and San Francisco, but a flight last month was diverted to Oakland by fog. That's when things went nuts while the aircraft sat for hours on the ground. Police eventually detained two passengers. Others called 911 to complain they were being held hostage.

Hawaiian Airlines cancelled a flight from Los Angeles to Maui after the aircraft turned back to LAX twice after take-offs and aborted a third attempted departure.

United Airlines is being sued by a passenger on a flight last year from Chicago to London/LHR. It diverted a few hours after takeoff to Goose Bay, Canada. United says a windshield was shattered by a bird strike. But the passenger claims a mechanic's error led to a malfunctioning windshield and the pilot was almost sucked out of the aircraft. Ironically, another United flight--this one a Newark-to-Hong Kong nonstop--diverted last month to the remote airport in Labrador. Passengers spent 14 hours on the ground in frigid weather with dwindling supplies after a medical emergency and mechanical issues.


World Whip: Life After Walmart in a Small Town 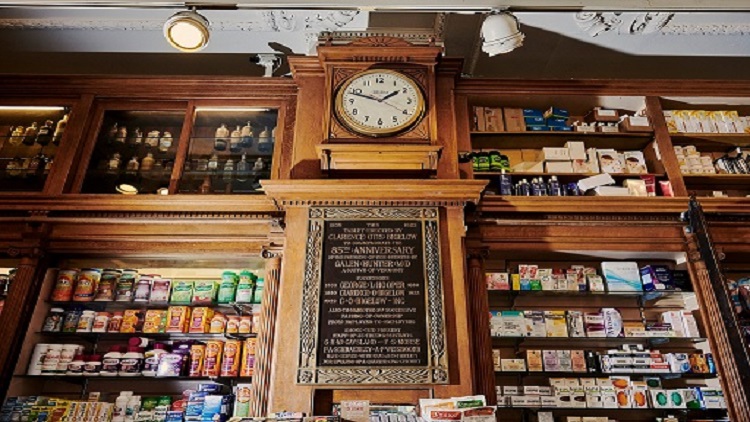 DALLAS: Even if you like the Metroplex, you will probably spend more time than you want in DFW due to screw-ups at American Airlines' home and hub. In other words, new restaurants in Dallas are always cause for celebration (and bookmarking). Here's what D Magazine says are the 50 best restaurants in town right now.

LOS ANGELES: If Dallas celebrates the new in dining, Los Angeles (surprisingly) still cherishes some of its old-school eateries. Among the classics: King Taco, which made tacos al pastor a key menu item in America.

MIAMI BEACH: The Deauville Beach Resort was part of the swinging '60s as represented by James Bond in Goldfinger and The Beatles, who bunked at the 540-room tower. It closed in 2017 after years of decline, but now the property is in total decay. Miami Beach is suing for back taxes and complaining that the landmark property is "being wasted."

NEW YORK: You may know the name C.O. Bigelow from bath amenities in upscale hotels. But unlike phony brands created by marketing companies, C.O. Bigelow is a genuine pharmacy. In fact, the New York apothecary (above) may be the oldest in the United States and the shop is a cornucopia of pills, potions and retail practicalities from the past.

PARIS: France has an admirable rail network and a global reputation for high-speed ground transit thanks to TGV "bullet trains." But many French rail riders don't think much of France's rail stations, especially the big terminals in Paris.

WASHINGTON: When you hear "lockhouses" and Washington, you're almost surely thinking about some kind of government failure. But the old lockhouses of the Chesapeake & Ohio canal have been turned into charming and quirky guest accommodations.

WINNSBORO, SOUTH CAROLINA: A Walmart came to Winnsboro in 1998 and devastated the downtown area, forcing smaller chains and mom-and-pop shops to close. Then Walmart closed in 2016 and suddenly everyone was full of hope for a revival of the downtown two miles away. As the PBS Newshour discovered three years later, however, the reality is somewhat harsher.


Is This the End of Donald Trump's Beginning? 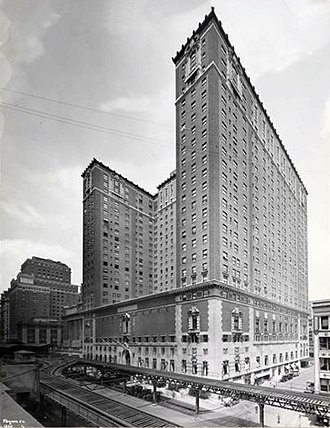 The deal isn't complete and there will be a series of governmental and environmental hurdles, but it looks like the big, ugly Grand Hyatt hotel above and beside New York's Grand Central Terminal soon will be razed. In its place, according to The Wall Street Journal, will be mixed-use development housing retail shops, offices and a smaller Grand Hyatt. Yet this isn't only the tale of an aging property with around 1,300 rooms being replaced. The 100-year-old Grand Hyatt started life as the Commodore, one of two Manhattan hotels opened in 1919 by the then-great railroads. Both the New York Central and the Pennsylvania railroads dreamed of a grandiose lodging by their New York hub. But the Commodore hit the skids after the New York Central passed into oblivion in the 1960s. It had fallen into disrepair and disrepute in the mid-1970s and New York City was essentially giving it away. A hustler from Queens, the brash son of a real estate mogul, partnered with wealthy hotel developers (the Pritzker family of Hyatt fame) to redevelop the hulking Commodore. It was Donald Trump's debut on the global stage. The partnership ended in 1996 as most Trump operations have: acrimoniously, with lawsuits and a buyout.

The name not on the door Tim Hortons is named after the hockey star, but the genius behind the now-global doughnut-and-coffee business was Ron Joyce. He bought into the business three years after its founding and ran it alone after Horton died in a 1974 car crash. A native Nova Scotian, Joyce died last month in Ontario at the ripe old age of 88.

Air Canada should mimic Tim Hortons If only every Canadian business was as beloved as Tim Hortons. Air Canada, for example. It's so relentlessly creepy that it reneged on compensation it agreed to pay a passenger after he gave up his seat during a voluntary denied boarding.

Meanwhile, back at United Airlines There seems to be a million reasons to despise United Airlines and here's a new one. It recently shut the door on a first class passenger and denied her boarding. The unlucky flyer? Mayim Bialik, one of the stars of The Big Bang Theory. Bialik thinks the airline dissed her because she had a carry-on bag and the overhead bins were full. Gary Leff has the details--and the contemporaneous Tweets.