Read all about it! The shocking crash of the former Hyatt Regency in Dearborn, Michigan. There's still a working Woolworth lunch counter. There really is a Rick's Cafe in Casablanca. Sweeney Todd take note: The best pies in London. Singapore wants to save ugly buildings. Amtrak can run its trains faster--but the rails can't handle it. And much more.

The Crash of the Former Hyatt Regency Dearborn 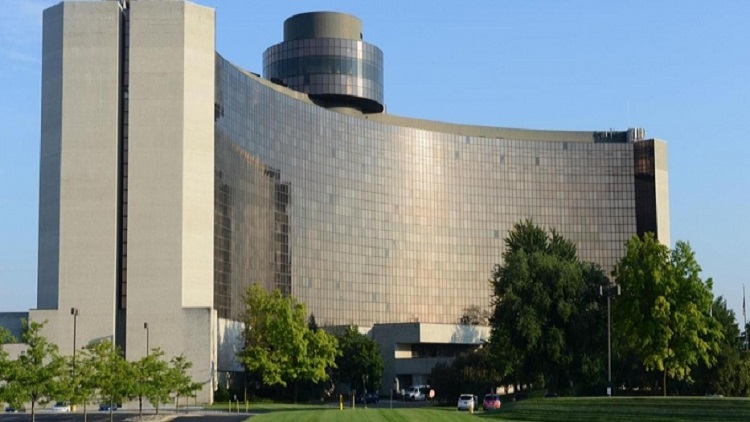 The Edward Hotel and Convention Center in Dearborn, Michigan, closed abruptly just before Christmas. There were many fire code and maintenance violations. Who cares, you say? Let's try this: The former Hyatt Regency Dearborn, the one-time jewel of the swanky Detroit suburb and an icon of mid-1970s hotel building, has shut its doors. Got your attention now?

The crescent-shaped building with 773 guestrooms was once a go-to venue for the auto industry and visitors to Ford World Headquarters. There was even a monorail, a prototype for what Ford thought would become a commercial transit system. The current owner, a Chinese-Canadian business executive known as Edward Gong, was arrested for securities fraud in December, 2017, but that is merely one of the latest wrinkles in the Dearborn hotel's slow-motion, six-year crash.

Opened in 1976, the complex was sold in 2011 and Hyatt bailed the following year. Radisson agreed to take on management--which is a sure sign of decline--but even that didn't happen. The property went independent the day after Hyatt departed and dubbed itself the Aboba Hotel. It was mismanaged, maintenance was deferred and the Michigan auto industry declined. The hotel fell into foreclosure in October, 2014. A new owner bought the 14-story property, the second-largest lodging in Michigan, and the hotel bumped along as a second-rate conference center under the name Royal Dearborn. Gong purchased it in early 2016 and renamed it the Edward in his own honor. His seconds insisted that Gong was wealthy and would restore the hotel to its former glory. He didn't and now the massive edifice is shuttered and faces an uncertain future. 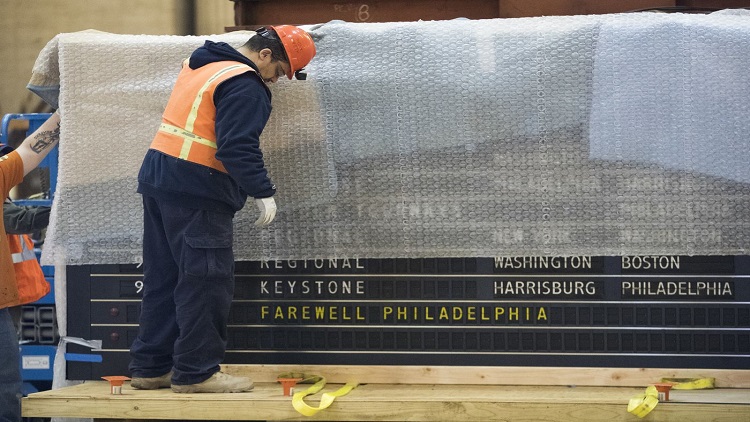 BAKERSFIELD, CA.: Woolworth, the "five and dime" store that was once a mainstay of America's Main Street, is long gone. (Oddly, the company continues to exist under its new name of Foot Locker.) Yet there remains a living, working part of the past: a luncheonette that was part of the chain's nationwide appeal. That which survives is currently located in an antiques mall, complete with 22 counter stools and a spread of Formica tables.

BERLIN: Twenty-five years after reunification, Berlin is more than just the restored capital of modern Germany. It's one of the most trendy places in the Western World. So, naturally, the Financial Times asked global "tastemakers" to list their personal favorite places to shop.

CASABLANCA: You must remember this: Rick's Cafe Américain, centerpiece of Casablanca, America's best-loved movie. The nightclub only ever existed as a stage set for the 1942 film. But now it exists in real life in Casablanca, the creation of a retired American diplomat. Abdul, Carl and Sascha are not there, but the club casino even has a roulette wheel that permanently rides on 22.

IKARIA, GREECE: The island of Ikaria is home to some of the longest-lived people on earth. The photographer Lily Bungay went to Ikaria to document the lives and current times of some of the community's residents. "Institutional care homes do not exist on the island," she told The Washington Post. "Instead, every individual home is cared for."

LONDON: Stephen Sondheim made a meal of jokes about Victorian London's notorious meat pies in Sweeney Todd. Besides The Worst Pies in London, there also is A Little Priest, a hilarious, if grisly, recipe for better pie fillings. But now The Wall Street Journal reports that London is fairly bursting with fabulously tasty and high-quality savory pies.

MATERA, ITALY: It's one of the world's oldest continuously inhabited communities and this year Matera also is a European city of culture. The problem? The "centuries of poverty" and residents who still literally live in caves.

PHILADELPHIA: Old ways die hard in Philadelphia, which probably explains why there was much weeping and gnashing of teeth last week when Amtrak replaced the Solari arrivals and departure board (above). Solari, by the way, is the name Luddites have given to those clacking mechanical flip boards that disappeared from airports decades ago.

SINGAPORE: Do big, ugly, mostly mid-century Brutalist buildings deserve preservation? Defenders in Singapore, which used Brualist architecture in the post-War era as it leapt into the First World, think glass-and-concrete towers deserve to be protected from renovation or redevelopment.

VINALHAVEN, MAINE: One of coastal Maine's most isolated towns--it's more than an hour's ferry ride from the mainland--Vinalhaven has lost its best restaurant and center of town life. The New York Times reports on the search for a replacement restaurant and a qualified operator.

Slow Train Coming Federal regulators have told Amtrak they are raising the speed limit to 220mph. The problem? No U.S. tracks can handle that much speed.

Hotel Weddings in India Weddings are a big--and expensive--thing in India and now hoteliers are thrilled that the action has moved from catering halls to their function rooms.

What Do You Give the World's Richest Man? New York City and Arlington, Virginia, snared pieces of Amazon.com's "second" HQ, but Jeff Bezos, the world's richest man, sure knows how to play suitors. D Magazine says the Dallas Metroplex--and DFW Airport--were prepared to offer Bezos $23 billion over 99 years to locate in the heart of Texas.